Acquisitive online travel incumbent Expedia (NASDAQ:EXPE) is taking to the rails with its latest asset buy. The company has reached an agreement to acquire a majority stake in privately held SilverRail, an enterprise that operates what it terms "the world's first unified platform for global rail distribution."

In the joint press release announcing the deal, the two companies didn't reveal the total price to be paid, the terms of the purchase, or the exact size of the stake being bought. 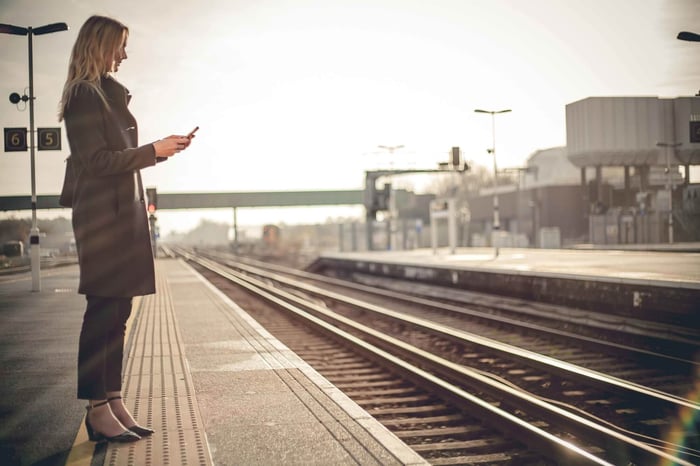 Regardless, Expedia CEO Dara Khosrowshahi waxed enthusiastic about it, saying that "[r]ail's shift online is one of the fastest growing areas of innovation in the $1.3 trillion travel market, and SilverRail is powering that innovation."

The deal is expected to close in the middle of this year. It is subject to approval from the relevant regulatory authorities.

Expedia is basically buying one of its partners -- and one that neatly dovetails with its expansion plans. The company revealed earlier this year that it was planning to launch an international train ticketing service, initially on SilverRail's home turf of the U,K. To help lay the groundwork for that effort, Expedia entered into a strategic partnership with SilverRail in November.

There's plenty to gain by being a middleman in the business; according to the company's estimates, the worldwide rail segment is worth around $130 billion.

Expedia, like its arch-rival Priceline Group (NASDAQ:BKNG), is clearly aiming to be all things to all travelers. Both companies have been active acquirers in various segments of the travel market over the past few years, and collectively they own the most familiar names in online travel. Expedia controls its namesake travel portal, in addition to Orbitz, HomeAway, and Travelocity. Priceline also has a sizable portfolio that includes the core Priceline portal, Booking.com, Kayak, and OpenTable.

There are many blanks to be filled in with Expedia's SilverRail acquisition, as the two companies aren't providing the deal's key particulars. On top of that, as U.K.-based SilverRail is a private company -- at least at the moment -- it isn't all that forthcoming with its financials.

What we can say is that the purchase is, typically for Expedia, a complimentary one that fits well into its existing slate of offerings. And if it's managed effectively, it could help the company capture a piece of a decent-sized market segment.