Shares of Teekay Corporation (NYSE:TK) were down as much as 10% today after the company caught Wall Street off guard with a first-quarter loss. As of 12:45 p.m. EDT, the stock was down 7.7%. 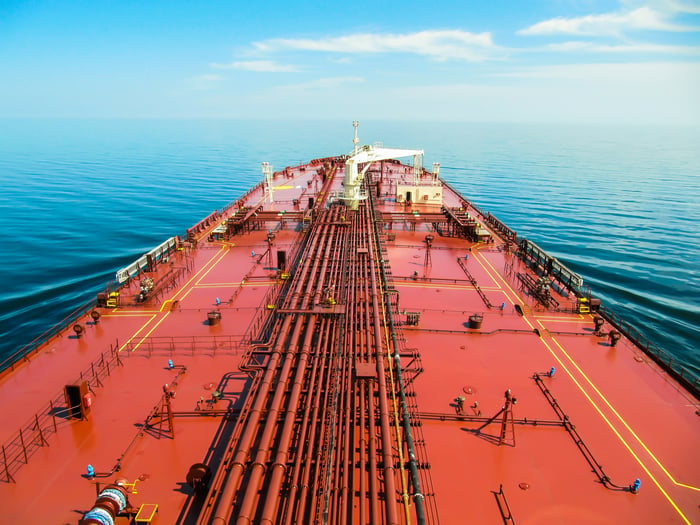 Teekay Corporation's first-quarter earnings came in at a normalized loss of $0.41 per share, compared to consensus analyst estimates from S&P Global Market Intelligence that had expected a per-share gain of $0.11.

One thing to remember is that Teekay Corporation reports its earnings as a consolidation of all its daughter businesses -- oil vessel operator Teekay Tankers (NYSE:TNK), Teekay Offshore Partners (NYSE:TOO), and Teekay LNG Partners (NYSE:TGP). These consolidated earnings were a big reason why Teekay's results didn't meet expectations. On the income statement, consolidated net income came in at $10.9 million, but net income attributable to its subsidiaries was $56.2 million, which led to the loss at the parent organization.

All in all, the loss on the income statement probably isn't that big of a deal. It's more of an accounting event more than anything else that doesn't have too much bearing on the operations of Teekay or its subsidiaries. The larger concern will be Teekay's ability to obtain contracts for its available vessels. All three companies have hit a rough patch as demand for oil tankers, LNG vessels, and floating production, storage, and offloading (FPSO) facilities has been weak lately. For investors in Teekay or any of these subsidiaries, new vessel charters and the contract rates for those charters are the things to watch in the coming quarters.