Please ensure Javascript is enabled for purposes of website accessibility
Log In Help Join The Motley Fool
Free Article Join Over 1 Million Premium Members And Get More In-Depth Stock Guidance and Research
By Joe Tenebruso – May 19, 2017 at 5:14PM

Wal-Mart Stores (WMT 1.65%) reported fiscal 2018 first-quarter results on May 19. The retail giant's e-commerce strategy is gaining momentum, boosted by recent acquisitions and a renewed focus on its online operations. 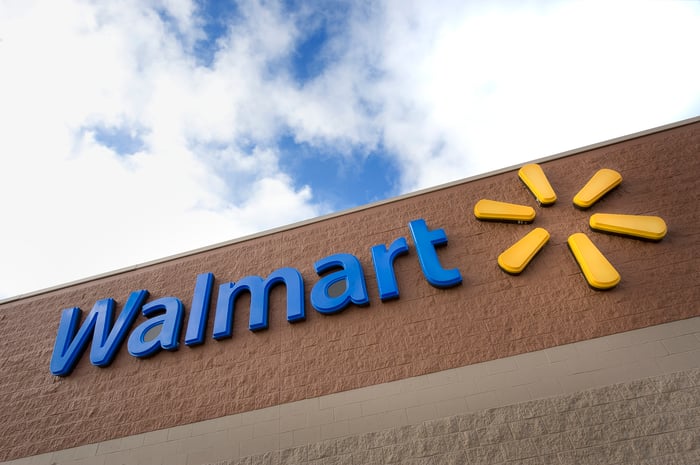 Fueling these results was a staggering 69% surge in Wal-Mart's e-commerce sales. The retailer moved aggressively in August to acquire fast-growing e-commerce start-up Jet.com for $3.3 billion, and soon after installed Jet co-founder and CEO Marc Lore as head of its U.S. e-commerce business.

Yet CEO Doug McMillon says that these acquisitions have only supplemented Wal-Mart's strong organic e-commerce growth:

The acquisitions have received a lot of attention but our plan in e-commerce is not to buy our way to success. The majority of our growth is and will be organic. The acquisitions are helping us speed some things up.

E-commerce sales growth at Walmart U.S. was 63%, the company reported, with the majority organic through Walmart.com.

McMillon went on to note that Wal-Mart.com continues to ramp up its selection of goods, and now has 50 million items for consumers to choose from compared to 10 million a year ago. Additionally, Wal-Mart recently introduced free two-day shipping for orders of $35 or more, and launched a new service that allows customers to order products online and receive a discount for picking them up at its stores.

Those efforts appear to be succeeding, as evidenced by Wal-Mart's explosive online growth and steady in-store traffic gains. Still, the investments Wal-Mart is making in its digital and store-improvement initiatives are weighing on its margins; first-quarter operating income fell 0.7% year over year to $5.2 billion.

Despite the lower profits, Wal-Mart's cash generation remains strong, with the retail titan generating $5.4 billion in operating cash flow and $3.4 billion in free cash flow in the first quarter. That -- combined with the more than $6.5 billion in cash on its balance sheet -- allowed Wal-Mart to return $3.7 billion to shareholders via dividends and share repurchases.

For the second quarter, Wal-Mart expects comparable-store sales growth (excluding fuel) of 1.5% to 2% for its U.S. locations and 1% to 1.5% at its Sam's Club locations. The company also anticipates earnings per share will be between $1.00 and $1.08.

"We're encouraged with our start to the year," added McMillon. "We have momentum across the business. We're making progress and we know we're on the right track."