On May 1, Cisco (CSCO 1.72%) announced it was buying Viptela, a start-up in the field of SD-WAN (software-defined wide area networking). Wide area networks connect disparate branch offices within a single enterprise over long distances. As one can imagine, application management, security, and performance can become quite complicated when one is dealing with large, disparate offices, a mix of cloud-based and on-premises data centers, connected devices in the Internet of Things, and increased employee mobility. Viptela's technology solutions help with this, providing an easy-to-use application for network orchestration and management from a single dashboard.

Cisco is an acquisitive company, having bought 21 companies since the beginning of 2015. The company is attempting to offset declines in its legacy-hardware business by buying up software and cloud companies that have more recurring revenue, and Viptela looks to be another step in that direction. Viptela's team will join Cisco's enterprise router and networking team.

Let's dive in to see if the company is a good fit and if the price was right. 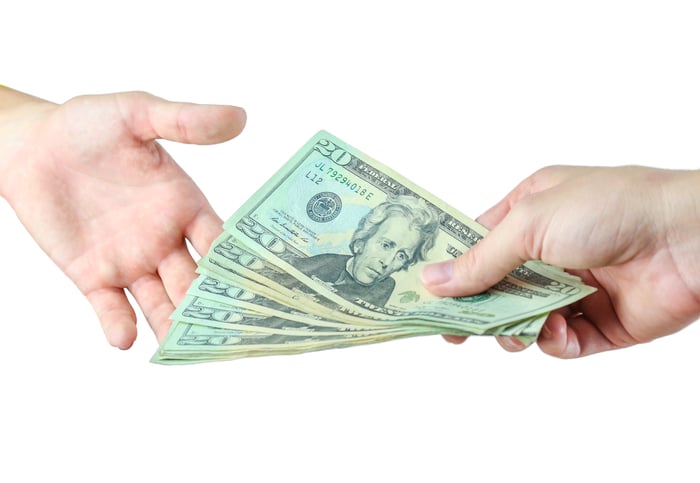 Bargain price or cheap for a reason?

Cisco is paying $610 million for Viptela, a much lower valuation than the $900 million at which the company was valued last year according to PitchBook. Business Insider reported that an anonymous insider at the company had said it had become tough to make sales.

Viptela was known to be a leader in its field, reporting it had 25 of the Fortune 500 companies as clients. Nevertheless, the growth in software-defined networking had attracted strong competition from other start-ups as well as legacy providers. With rising competition and an arduous sales cycle for enterprise software, Business Insider's anonymous source said the founders had run out of steam. Last year the company brought in a new CEO who had previously worked for Cisco as an engineer. Interestingly, Cisco had invested in one of Viptela's competitors, VeloCloud; Cisco itself also had products that competed with Viptela, such as an intelligent WAN platform.

Strategic acquisition at a reasonable price

Cisco believes that Viptela's technology and leadership position will bolster its current suite of offerings in software-defined networking. Cisco needs to establish itself in this field, as SDN is replacing the "old" Cisco hardware business, where each router and switch had to be programmed manually. Now, "white box" (low-cost hardware) solutions can be used with advanced software to get similar results. This is the phenomenon that is slowly eating away at Cisco's high-priced hardware.

Usually, these kinds of "strategic" acquisitions -- those made more for defensive reasons rather than offensive purposes and synergies -- come quite expensively. This was the case when Cisco bought AppDynamics for more than double its expected IPO price on the day before it was supposed to go public. Similarly, Intel paid a high price for its investment in big data start-up Cloudera, so that Cloudera would design its software to run better on Intel chips.

The Viptela acquisition seems to be both strategic and, at the same time, inexpensive due to reports that its management was struggling. If there are no lingering management problems, it looks as though Cisco has made a savvy move in picking up Viptela.