Cree (NASDAQ:CREE) is on the hunt for new leadership. The LED lighting systems specialist announced that Chuck Swoboda will step down as CEO and chairman of the board of directors once a replacement is found. He will then remain as a consultant "to ensure a seamless transition of leadership responsibilities."

Swoboda said his decision to leave came after he experienced a since-resolved medical issue. Further details were not provided. 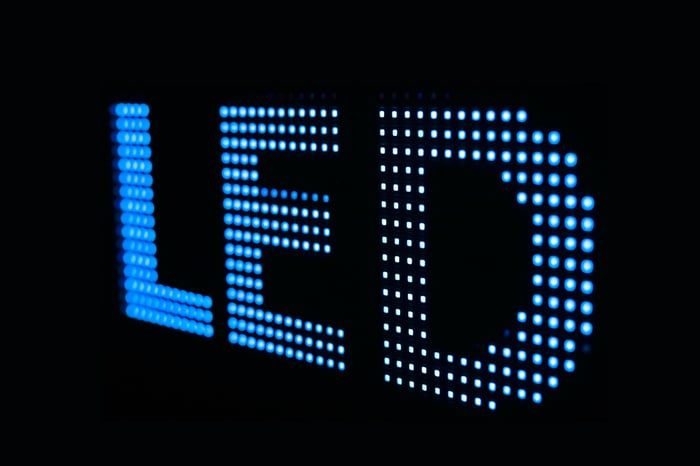 The company said it would hire an executive search firm to find a new chief executive. It will consider both internal and external candidates for the job.

This might just be an appropriate time to refresh Cree's leadership. In spite of the great promise offered by energy-saving LED lighting solutions, the company hasn't managed to light up its business. Its top line isn't going in the right direction, while the bottom line has been either weakly profitable (according to non-GAAP standards) or in the red (GAAP).

That's likely to remain so, at least for the current quarter. Concurrent with the Swoboda news, the company reiterated its guidance for the fourth quarter. Non-GAAP net profit is expected to be in the range of $2 million to $7 million on revenue of $340 million to $360 million. The GAAP bottom line should be a net loss of $16 million to $22 million. By comparison, in fourth-quarter 2016, it booked a bit over $388 million in revenue and posted a GAAP net loss of $10.6 million.

Despite these uninspiring numbers, Cree is active in a potentially hot business that might get a nice boost from a recently announced production and marketing joint venture with China's San'an Optoelectronics. If Cree can find an inspired and inspiring CEO to leverage these advantages, the company could benefit significantly. For the moment, though, investors are probably better off staying out of this underperforming stock.