Please ensure Javascript is enabled for purposes of website accessibility
Log In Help Join The Motley Fool
Free Article Join Over 1 Million Premium Members And Get More In-Depth Stock Guidance and Research
By Travis Hoium - Updated Apr 26, 2017 at 11:22AM

A weak earnings report couldn't offset the potential growth from a new joint venture on Wednesday. 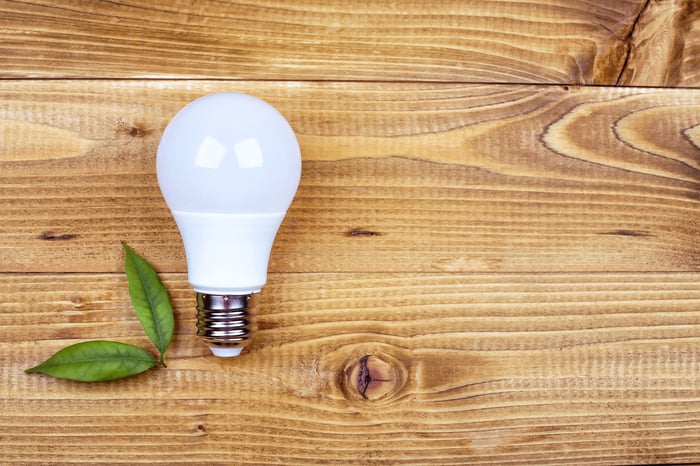 Cree also announced a joint venture with San'an Optoelectronics to produce "high-performing, mid-power lighting class LED packaged products" for sales around the world. The idea is to leverage Cree's technology and San'an's manufacturing expertise to expand into the larger mid-power market rather than Cree's traditional high-power market.

Earnings clearly weren't what investors were hoping and were even on the low end of the guidance given late in March. The new joint venture is also a huge unknown, and we won't even see initial sales until the third calendar quarter of this year. At that point, Cree can expect to see royalties from the venture's use of its patents, but management didn't give an indication as to how meaningful those royalties would be.

Long term, Cree is still struggling to make money despite rising adoption of LED lights. And until it turns the corner and begins to grow consistently and report net income, I won't be jumping into this stock.