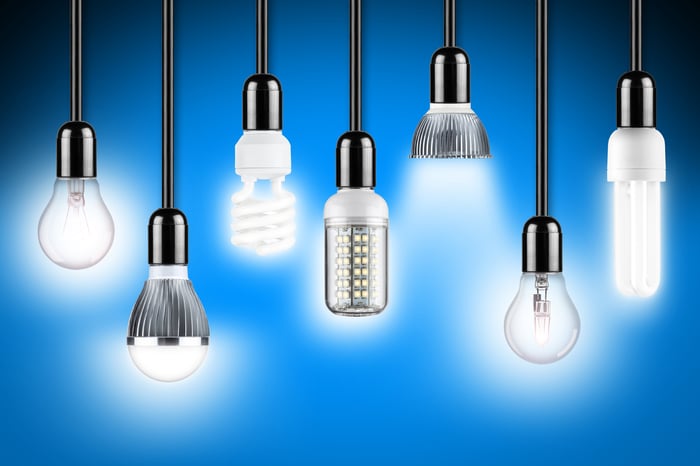 Shares of LED maker Cree, Inc. (NASDAQ:CREE) dropped as much as 14.7% in trading Wednesday after reporting fiscal first quarter results. At 11:35 a.m. EDT shares were still down 10.6% on the day.

Management also said they expect fiscal second quarter revenue to be $360 million to $380 million, including discontinued operations, and net income of $10 million to $11 million. On a non-GAAP basis, earnings per share are expected to be $0.13 to $0.19 compared to analysts' estimate of $0.15 per share in earnings.

Cree's transition to a focus on lighting is resulting in some turbulent results, but long term the company is betting that's where the most value lies. More growth opportunities will open up as the cost of LEDs drops and customers move to the more efficient source of lighting. But it will also come with lower prices, meaning volume has to overcome the lower revenue per unit. This is a dynamic Cree has been fighting for years and investors aren't seeing enough progress to see the light of consistent profits at the end of the tunnel.