Please ensure Javascript is enabled for purposes of website accessibility
Log In Help Join The Motley Fool
Free Article
Join Nearly 1 Million Premium Members And Get More In-Depth Stock Guidance and Research
By Reuben Gregg Brewer – May 23, 2017 at 11:09AM

Across the board, mining has been a tough business in recent years. Commodity prices picked up in 2016, which helped improve the outlook for the industry and push stock prices higher. That's why my three top mineral mining stocks for 2017 all have something to offer beyond just commodity exposure. Here's why you should be looking at Natural Resource Partners LP (NRP 0.17%), Alliance Resource Partners, L.P. (ARLP -2.64%), and Teck Resources Ltd. (TECK 2.65%).

When most investors look at Natural Resource Partners, they see a coal company. That's not surprising, since coal made up roughly 60% of revenue in 2016. However, there are two different businesses within that total: steelmaking coal, and coal used for generating power. And the remaining 40% of the business has nothing to do with coal. Roughly 10% of the top line comes from soda ash, which is used to make glass. The last 30% of revenue came from Natural Resource Partners' VantaCore business, which sells aggregates such as sand and gravel. 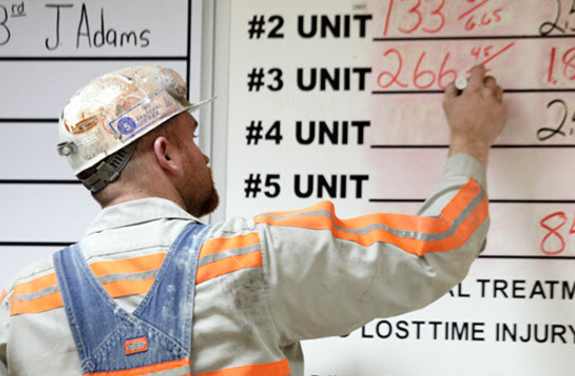 Soda ash has been a fairly stable business, but VantaCore's revenue has nearly tripled over the past three years. This division sold roughly 7 million tons of product in 2016 but had around 400 million tons of reserves. So there's plenty of room for Natural Resource Partners to keep expanding this division. As VantaCore grows, royalties from coal become less and less important. In the meantime, unitholders can collect a roughly 5.6% distribution yield.

The coal downturn took a notable toll on Natural Resource Partners, leading it to cut its distribution. That downturn, however, appears to have run its course, and the partnership is actively diversifying across the mineral spectrum, so one commodity doesn't drive the company's results. It's worth a deep dive if you're a contrarian.

All of that said, coal isn't heading for the dustbin of history just yet. For example, it's used to generate roughly 30% of U.S. power -- it can't go away overnight. That's why the U.S. Energy Information Administration expects thermal coal to remain a vital part of the power equation for years to come, even in a worst-case scenario. Of course, the coal downturn was a crushing blow to the coal industry, pushing some of the sector's largest players into bankruptcy and leaving many others mired in red ink. But not Alliance Resource Partners, which survived the downturn in relative stride. 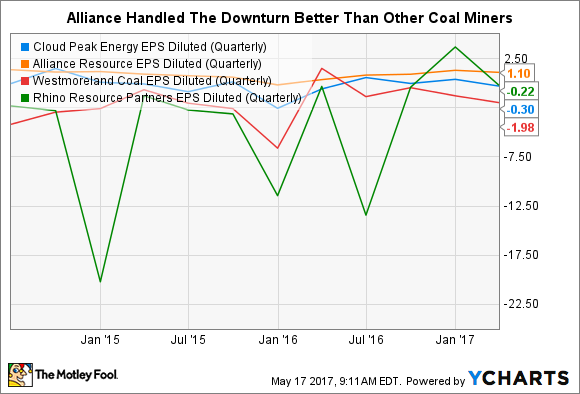 Alliance didn't fall into bankruptcy and, in fact, was profitable every year through the downturn. And while it trimmed its distribution in 2016, that was driven more by a need to reassure skittish lenders than by financial problems. Don't believe that? It covered its lowered distribution by two times last year -- a massive amount of coverage in the partnership space. Note, too, that management hinted strongly when it reported first-quarter earnings that distribution increases might be in order now that the coal market appears to have stabilized.

In other words, Alliance Resource Partners proved it's one of the best positioned coal miners in the industry during the downturn. And now that the bad news appears to be abating, it should be on your watch list in 2017. The best part? The partnership's well-covered 7.7% distribution yield.

Teck is another miner with coal exposure, this time of the steelmaking variety. However, it also mines for copper and zinc. In fact, operating profits are split roughly equally across the three commodities. That varies over time, of course, but the takeaway is that Teck is far more than just a coal miner. 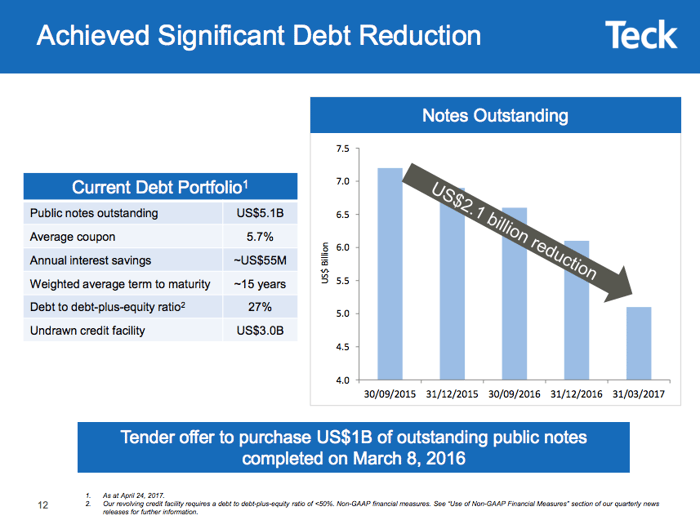 Teck is in much better financial shape today than it was just a few years ago. Image source: Teck Resources.

That said, the commodity downturn hurt, pushing Teck's bottom line into the red. But the company survived and, along the way, managed to pay down debt. It's in much better financial shape today now that commodity markets are starting to show improvement. But that's not the big story at Teck. Indeed, most miners can say they cut costs and reduced debt during the downturn to better position themselves for the next upturn..

The important news is that Teck's investment in the Fort Hills oil sands project is about to pay off, with first oil expected late this year or early in 2018. Oil production should ramp up to near full capacity over the 12 months following first oil. That means Teck is on the verge of being more diversified, adding a fourth major commodity to the mix. The should boost the top and bottom lines, improving the miner's outlook materially. Now, before the oil starts to flow, is the right time to do a deep dive.

For several years, the commodity downturn was the driving force in the mineral-mining space. Last year that turned around, and improving commodity markets spurred a largely industrywide upturn. In 2017, you should look past the ups and downs of commodity prices. Natural Resource Partners, for example, continues to diversify its business into more stable (perhaps even boring) areas of the mineral industry, such as selling rocks. Alliance Resource Partners weathered the coal downturn with relative ease, and this industry leader now appears set to start rewarding unitholders by increasing the distribution again. And Teck is on the verge of reshaping its business with a fourth major commodity. These stories are the background that put each of these mineral miners on top of my suggested buy list for 2017.