If there was one class of stocks retirees could always count on to provide regular income in the past, it was telecoms. While the investments in infrastructure these companies have to make are onerous, the businesses had huge moats: the aforementioned costs, long-term contracts, and -- often -- government sanctioned monopolies.

However, over the last 20 years, that's all been turned on its head. In the age of mobile communications, landlines are a liability -- not an asset. And yet, the two telecoms we're matching up today -- Frontier Communications (OTC:FTR) and CenturyLink (NYSE:LUMN) -- still have huge dividends: both yielding over 8%! 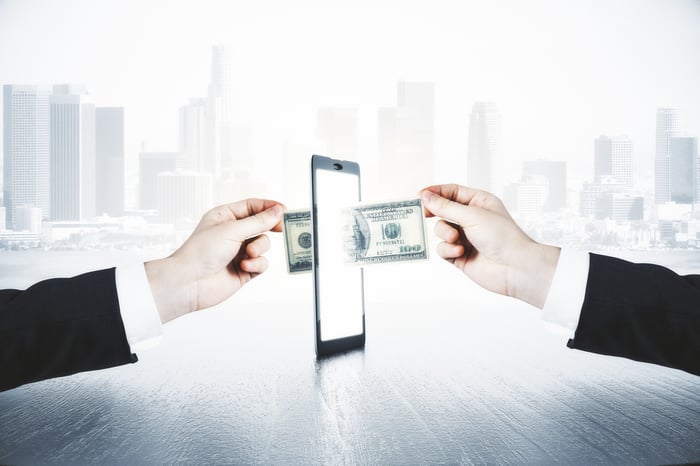 Which is the better buy? That's an impossible question to answer with 100% certainty. But as you'll see below, there are three key ways we can approach the question. That should help give us clarity as to which is a better deal at today's prices.

Simply put, there's nothing more important than a company's sustainable competitive advantages -- often referred to as its "moat." A solid moat is what differentiates a company from the competition and promises to keep it that way for the foreseeable future.

As I said at the outset, the barriers to entry in telecom are high, as infrastructure costs are onerous. Since both of these companies are established players, that doesn't really serve as a differentiator.

Frontier used to be primarily focused on landline businesses in rural America. Obviously, that's a dying business -- and so it has expanded out by focusing on two areas: providing Internet services to businesses, and buying up the Internet properties of AT&T and Verizon in Connecticut, Texas, California, and Florida.

Unfortunately, those acquisitions aren't panning out very well, with the company losing customers at a brisk clip.

CenturyLink also focuses on providing Internet and voice services. But its plan to acquire Level3 Communications (NYSE:LVLT) shows a shifting strategy. With the acquisition, CenturyLink would become one of the largest Internet providers in the nation -- able to sell its Internet capacity to rivals for a premium.

While I'm not terribly excited about either company's moat, I think CenturyLink's is much wider as Frontier's, as the latter's inability to hold onto customers from its acquisitions shows just how narrow the moat is.

Telecom investors make a crucial trade-off: They're willing to buy companies that have heavy debt-loads because there's lots of free cash flow (FCF) coming through that's passed on to them in the form of dividends.

But it's still important to keep cash on hand. That's because every company, at one point or another, will experience difficult economic times. Those with cash on hand have options: to buy back shares on the cheap, continue paying a dividend, or even make strategic acquisitions.

Debt-heavy companies are in the opposite boat, forced to figure out ways to stay solvent.

Keeping in mind that CenturyLink is valued at over eight times the size of Frontier, here's how the two stack up.

To be honest, both of these balance sheets look pretty awful: very little cash, and a mountain of debt. Additionally, while there is FCF coming in, it's hardly enough to give investors confidence that the companies would be unscathed in the face of an economic downturn.

Here we have a very interesting case. Both stocks appear to be very cheap. But it's important to note that for most investors, it's all about the dividend. And in terms of dividend sustainability, neither appears to be doing quite well. Frontier slashed its dividend recently, and both CenturyLink and Frontier have paid out more in dividends over the past 12 months than they have brought in from FCF. That's not sustainable, and it should make investors think twice before falling in love with those outsized dividend yields.

That being the case, I'm going with Frontier, here. Despite its recent payout reduction, and even though the company's FCF isn't terribly impressive, the stock is priced so incredibly low -- at three times FCF -- that there's a lot of pessimism already baked into the stock's price.

So, there you have it: We've got a tie. Both stocks look cheap, have questionable balance sheets, and pretty narrow moats. But whenever there's a tie, I always side with the company with stronger competitive advantages. In this case, that's CenturyLink.

If you're looking for outsized dividends, it might be worth investigating CenturyLink, but I also suggest you find companies that have more sustainable payouts for your portfolio.