For video-game maker Take-Two Interactive Software (NASDAQ:TTWO), the timely launch of new installments of franchise game series is critical. That's why investors briefly panicked late Monday night, when Take-Two said that the much-anticipated Red Dead Redemption 2 would have its release delayed. That put even greater importance on the company's earnings report to reassure investors of the game-maker's future.

Coming into Tuesday's fiscal fourth-quarter financial report, Take-Two investors had anticipated decent increases in sales and earnings, but the actual numbers were good enough to allay any concerns regarding game-release delays next year. Let's take a closer look at Take-Two Interactive Software and what its results say about the future. 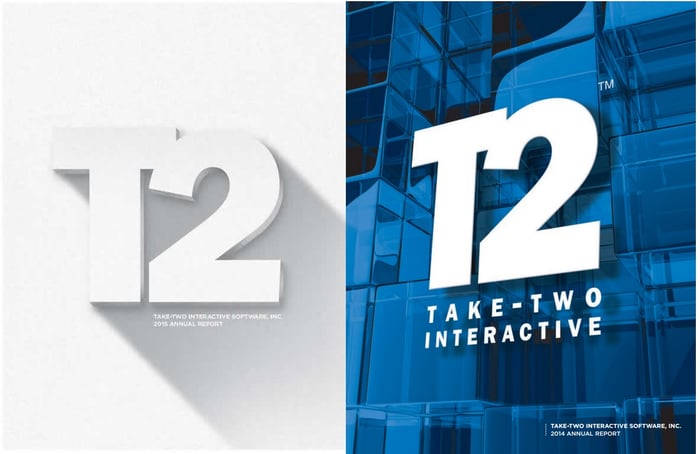 Take-Two's fiscal fourth-quarter results kept up the positive momentum that the game-maker has seen recently. Net revenue soared by 52% to $571.6 million, dramatically exceeding what most investors were expecting to see from the company. Net income more than doubled to $99.3 million, and that produced earnings of $0.89 per share, comparing favorably to the $0.57 per share consensus forecast among investors.

Taking a closer look at the report, Take-Two continues to make progress on its long-term initiatives. Revenue from digitally delivered content rose by 43% to $278.7 million, and the recurring-revenue sources that Take-Two relies on, including virtual currency purchases and add-on content, accounted for almost a quarter of Take-Two's total revenue and fully half of all digitally delivered sales. The Grand Theft Auto series was responsible for much of that revenue, but the company also got fair contributions from the Sid Meier's Civilization series, along with the latest installment of the NBA series, Mafia III, and XCOM 2. Bookings climbed by 14% to $370.6 million, but digitally delivered bookings grew at double that pace, showing the continued success of migrating toward that platform.

Even better news came on the expense side of the equation, where Take-Two had considerable success. Cost of goods sold was up by half, as product costs and software development expenses rose precipitously. However, selling and marketing expenses were almost flat, and decent cost discipline in the overhead and research-and-development avenues helped boost operating income by 150% from year-ago levels.

CEO Strauss Zelnick was happy about the results. "Consumer demand for our entertainment offerings remained exceedingly strong in the fourth quarter," Zelnick said, "finishing off another outstanding year for our organization." The CEO also noted that the diversity of Take-Two's game lineup and its ability to drive recurring spending from digital sources were important for the company's overall success.

Can Take-Two keep up the pace?

Take-Two is enthusiastic about the coming 2018 fiscal year, even with the launch of Red Dead Redemption 2 put off into the following year. As Zelnick explained it, even a light slate of releases shouldn't hold the company back from posting strong earnings and cash flow, and Take-Two intends to keep working on ways to increase user engagement and boost its recurring spending from consumers.

Moreover, Take-Two's financial outlook holds a lot of promise. In the fiscal first quarter, Take-Two expects sales of $390 million to $440 million that should produce earnings of $0.65 to $0.75 per share. For the full year, revenue should be in a range of $1.95 billion to $2.05 billion, and earnings of $4.35 to $4.65 per share would be considerably stronger than most investors following the stock had anticipated. Working through the impacts of changes in deferred net revenue is always a challenge for financial analysts, but overall, the guidance numbers look better than expected.

Take-Two investors celebrated the results, and the stock climbed more than 5% on Tuesday following the morning announcement. Looking ahead, as long as the game-maker can keep finding successful ways to drive interest in its video games, Take-Two will have the opportunity to keep producing fundamental growth and make its operations look increasingly attractive to its shareholders.