Investing legend Peter Lynch coined the phrase "buy what you know." Purchasing stock in companies whose products you're very familiar with makes it far more likely you'll understand the business dynamics -- and whether they're headed in the right direction.

The two companies in today's match-up -- PepsiCo (NASDAQ:PEP) and Kimberly-Clark (NYSE:KMB) -- are parent companies to some of the most ubiquitous brands in American households: Pepsi soda, Lay's chips, Kleenex, and Huggies diapers. 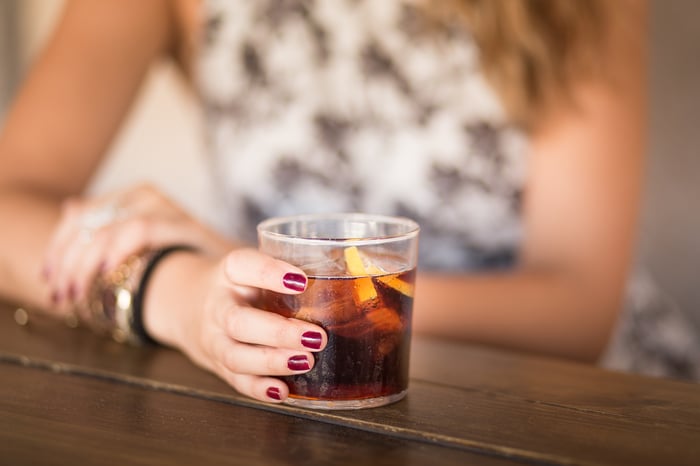 But between these two dividend-paying stalwarts, which is the better buy at today's prices? That's impossible to say with 100% accuracy. But there are three different lenses through which we can view the question -- and hopefully get a better idea for what we're buying.

If I could go back in time and talk to my newbie-investing-self, I'd have one simple message: Focus most of your time and energy on an investment's sustainable competitive advantages. Often referred to as a "moat," this represents what makes a company different from the competition.

Often, a strong moat will keep customers coming back year after year, while the competition is held at bay for decades. For both of these companies, the biggest moat is the strength of their brands.

Pepsi is parent company to more than just the eponymous soda. It's portfolio includes 22 billion-dollar brands, including Gatorade, Cheetos, Aquafina, Lipton teas, and Quaker Foods. Forbes recently ranked Pepsi as the 29th strongest brand in the world, worth $19.4 billion.

Kimberly-Clark operates on a smaller scale, but unlike Pepsi, it's tops in its category. The Kleenex brand-name alone is ubiquitous for any facial tissue. And the Huggies division of the company is big business, bringing in -- along with other personal-care products -- over $9 billion in sales last year.

While both of these companies have very strong brands, Pepsi and Kimberly-Clark have heavy competition from Coca-Cola and Procter & Gamble, respectively. In the end, I'm going to give the edge to Kimberly-Clark for one simple reason: Pepsi's core products are in the cross-hairs of the global movement toward healthier eating; Kimberly-Clark's aren't.

One of the key benefits of owning these stocks is the dividend payout. But while many investors would probably love to see each company endlessly increase its payout, there's something to be said for keeping a healthy cash stash on hand.

That's because every company at one point or another will face difficult economic times. Those that have cash on hand when these times hit have options: Buy back shares on the cheap, grab market share from rivals by outspending them, or even make acquisitions.

Those that are debt-heavy are in the opposite boat -- forced to cede market share in an attempt to stay solvent. In effect, such crises are actually good for financially healthy companies.

Keeping in mind that Pepsi is over three times the size of Kimberly-Clark, here's how the two stack up.

While free cash flow and net income are on par with each other, relative to size, Pepsi has by far a better balance sheet, and far less debt relative to its cash position. That makes the winner easy to determine.

Neither one of these companies is in "screaming buy" territory, and neither appears to be unreasonably expensive.

That said, I'm giving the edge here to Kimberly-Clark. It's slightly cheaper on an earnings and free cash flow basis, has a slightly higher yield, and is using less of its free cash flow to pay the dividend -- meaning there's even more room for growth.

So there you have it: Kimberly-Clark comes out ahead. While Pepsi has a stronger balance sheet, Kimberly-Clark has a wider moat because its core business isn't under assault from new trends. And it appears to be valued at a cheaper price.

Having said that, both of these companies represent investments worthy of your own due diligence if you're hunting for stalwarts that offer solid dividends.