We're pitting the two successful entertainment-focused stocks against each other.

Disney (DIS 3.49%) and Netflix (NFLX 1.35%) both represent bets on the entertainment industry -- but that's about where the similarities end with these two stocks.

With Disney, investors get to own a blue-chip media titan that generates profits from broadcast television, theatrical movie releases, consumer products, and theme parks. What a Netflix purchase lacks in diversity, meanwhile, it makes up for in growth. 100 million subscribers around the world currently pay $10 per month for unlimited access to its library of streaming video content -- up from 75 million members since just the start of 2016.

Below, we'll look at which of these two attractive businesses might make the better buy for investors today.

Netflix is leading the consumer shift away from broadcast TV that's crimped Disney's media business, which makes the former seem like a major threat to the latter's operations. Yet the House of Mouse also benefits from the streaming giant's success. As the exclusive streaming video outlet for Disney movies in the window directly following their theatrical release, Netflix is a key Disney distributor. And its massive subscriber base makes it one of the few companies around that can pay up for the rights to Disney's vast library of intellectual property. 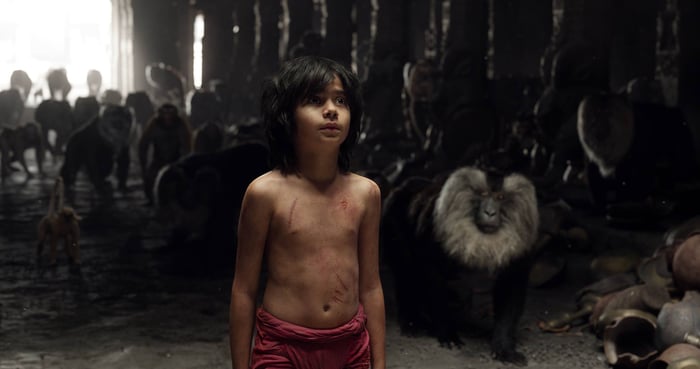 There have been major shifts in the media industry since the deal was struck way back in 2012 that might cause either company to opt out of the partnership rather than renew it in the coming years. It's also possible, though, that the two could decide to deepen their relationship with more exclusive content and output deals.

The bullish thesis for Netflix rests on the idea that sales growth, which recently crested 35%, will stay robust as the company's global markets mature toward its stellar U.S. penetration rate. Riding a worldwide wave of demand for internet TV, the theory goes, Netflix will reach as many as 90 million U.S. subscribers over the long term as its international segment crests twice that figure. Profitability is projected to march toward double digits at the same time. Since its original and exclusive content requires huge cash outlays, Netflix will have to walk a delicate balance over that time. The company expects to burn through $2 billion of cash this year, up from a $1.7 billion outlay in 2016, which means CEO Reed Hastings and his team will be forced to continue relying on debt to fund their subscriber expansion. Patience by investors could pay huge dividends, though. After all, it took the DVD-by-mail business five years to reach positive cash flow and begin generating significant profits. Netflix only achieved global reach in 2016.

A Disney purchase requires patience, too, but with a less uncertain reward waiting at the other end. With just seven theatrical releases this year, the company is likely to struggle to post overall growth in 2017 following six straight years of record results. The consumer products division is also under pressure from a tough comparison against a prior-year period that included sales tied to the blockbuster Star Wars and Frozen franchises. Then, there's the subscriber struggles at ESPN to keep an eye on as they pressure distribution fees and advertising revenue.

The entertainment titan is in no real danger of long-term retreat, though. It plans to release 11 films in fiscal 2018, including a major new installment in the Star Wars franchise. Executives have big plans for its parks and resorts segment, too, with massive new Avatar and Star Wars expansions that should boost attendance and spending. Its international resort division has never seemed so promising, either, thanks to Disney Shanghai opening last year.

The many ways in which Disney can boost earnings over the next decade make it preferable over a Netflix purchase today, in my view. I own both stocks and believe they'll each perform well. But Disney pairs a valuable content catalog with the unique ability to monetize those properties across its varied business divisions. Those assets are likely to serve shareholders well even as the broadcast TV industry gets disrupted by streaming specialists like Netflix.