Please ensure Javascript is enabled for purposes of website accessibility
Log In Help Join The Motley Fool
Free Article Join Over 1 Million Premium Members And Get More In-Depth Stock Guidance and Research
By Chris Neiger - May 25, 2017 at 6:00AM 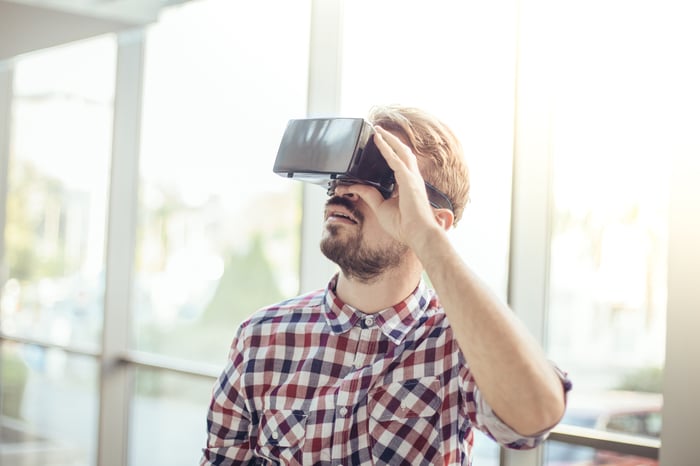 The virtual reality (VR) market is expected to reach nearly $34 billion by 2022, and global shipments of VR devices, excluding mobile ones, are forecast to grow by 75% this year to 5.1 million units.

Many people assume that VR is just for gaming, or watching movies, but there are plenty of companies, researchers, and technology developers using VR to improve the quality of life for many people, make products better, and undertake new scientific research. Here are just a handful of real-world uses for VR that are already in existence. 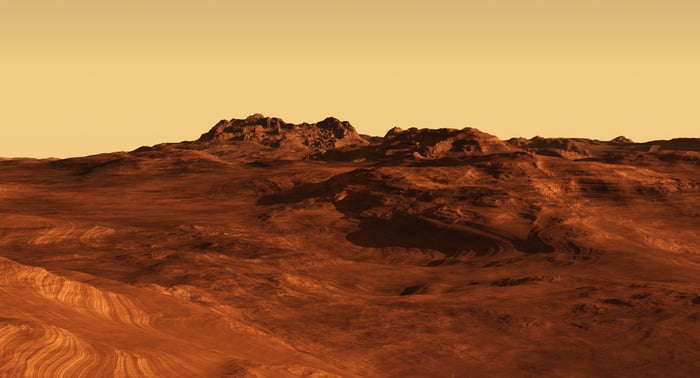 At NASA's Jet Propulsion Lab, some astronauts strap on Oculus headsets that are paired with Microsoft's (MSFT 0.15%) Kinect motion sensors to control a robotic arm. The training simulation is used to help astronauts learn how to control robotic equipment that may someday help with future missions. .

NASA also uses VR headsets to train astronauts on how to perform maintenance on International Space Station missions. The software simulates a zero-G environment and can even work in tandem with a crane that hoists astronauts off the ground, for a full-body immersion experince. 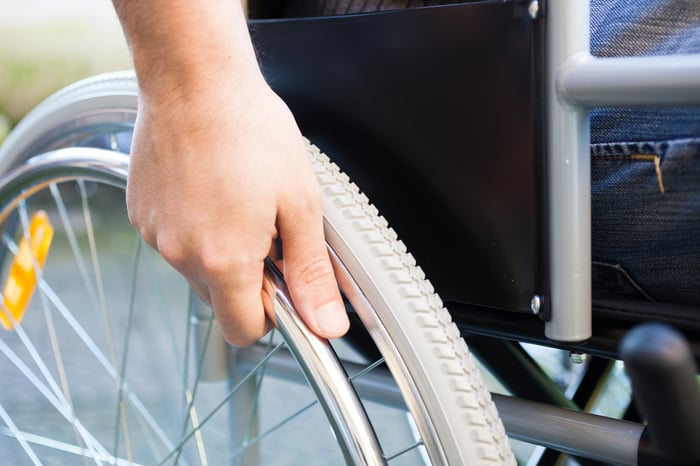 Patients wore the VR headset displaying a 3D avatar from a first-person perspective, while walking with the help of a custom-built exoskeleton. After more than 2,000 sessions and nearly 2,000 hours, all of the patients experienced some level of increased muscle control and sensation.

The researchers said the study found that this combination of technology and rehabilitation could be used for "potentially new neurorehabilitation therapy, capable of inducing partial recovery of key neurological functions." 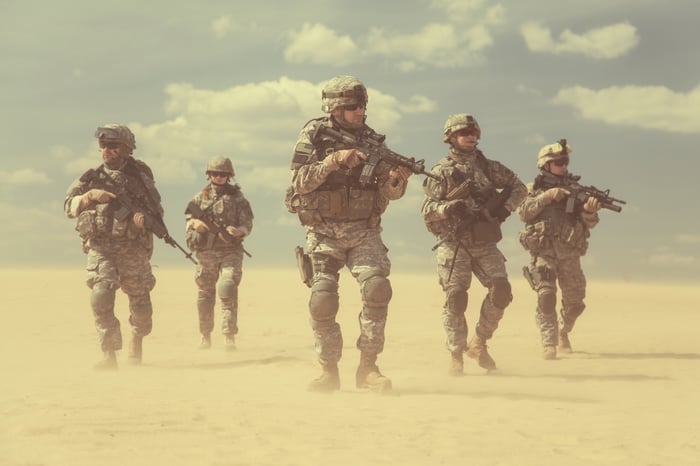 VR headsets and software are being used to help U.S. soldiers who've suffered from traumatic experiences while deployed. One one of the most recent programs is a joint effort between the Pentagon and academics, called Bravemind, which is helping Iraq and Afghanistan veterans suffering from post-traumatic stress disorder (PTSD).

The program uses video-game graphics to re-create scenes a veteran has gone through, as a form of exposure therapy. Along with the VR headsets, Bravemind also implements sounds and even smells that a veteran may have encountered at the time. A recent Bloomberg article noted that Bravemind has reduced stress symptoms in some veterans by up to 80%. 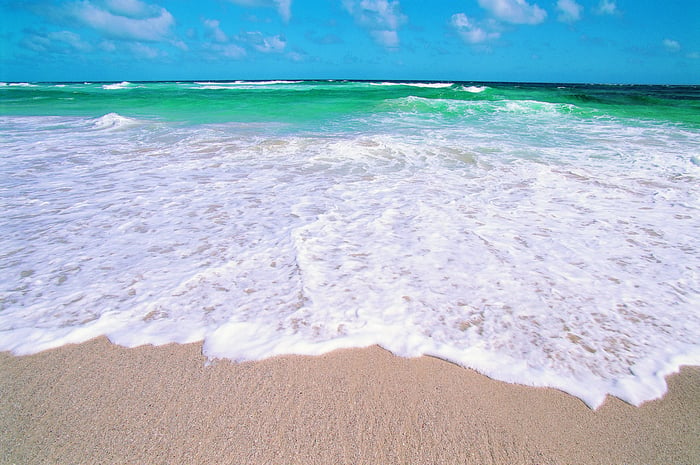 Agencies are realizing that creating professional VR videos that coincide with the destinations they offer could be a boon to a business that's been hit hard by online travel websites. 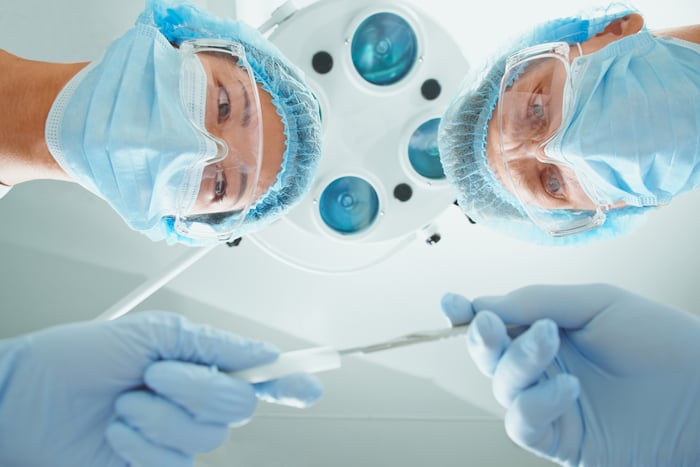 Medical facilities and universities are beginning to use VR to train some of their medical students in life-saving procedures. The Royal College of Surgeons in Ireland has created is own interactive VR medical training simulator, with which students strap on Samsung (NASDAQOTH: SSNLF) Gear VR headsets and learn how to react to emergency-room situations.

Other facilities are training surgeons with VR headsets so that they can gain more experience practicing difficult and rare procedures. In addition, some students are being trained with immersive, first-person VR videos that help them see what it's like to perform specific surgeries. 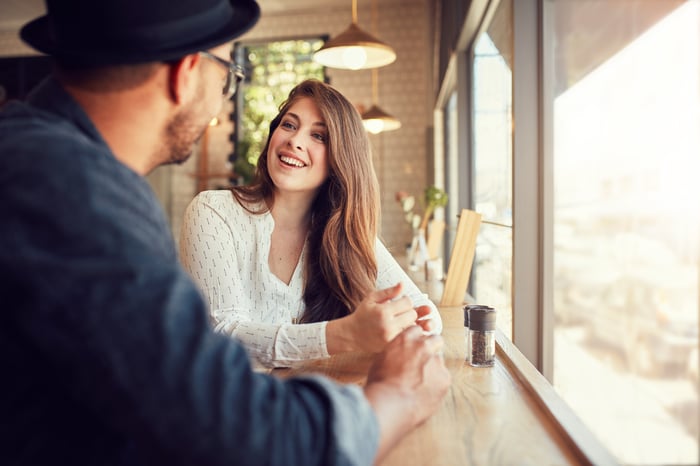 A 2016 study from the University of Texas at Dallas found that some individuals with autism spectrum disorder were able to improve social cognition skills and even reported better real-world relationships after participating in a VR training program.

VR software allowed the users to be immersed in social situations -- such as a job interview or a blind date -- to practice their skills in a safe environment. Some of the benefits of the training included included improved emotional recognition, understanding others' perspective, and increased problem solving. 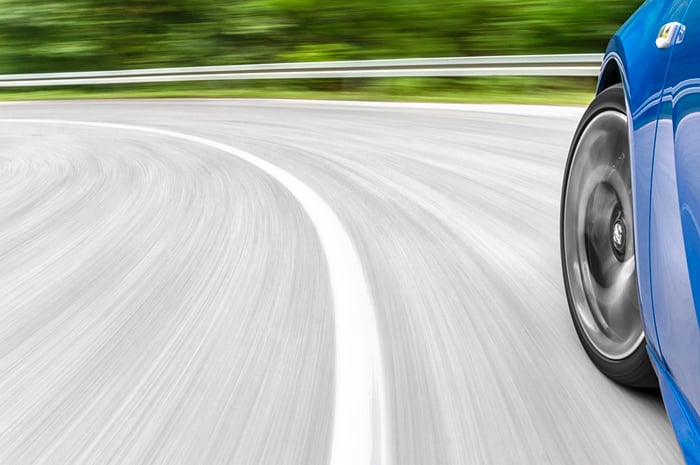 Automakers have looked to VR as a new way to get potential buyers into the dealership, at least virtually. Volvo created an app for Alphabet's (GOOG -1.48%) (GOOGL -1.38%) Google Cardboard several years ago that allowed users to take its XC90 SUV on a mountain-view drive.  More recently, Audi created a VR experience for its Q5 SUV, with which users can create their own sandbox race track for the vehicle, including jumps and dunes, and then sit in the driver's seat to experience the fun.

Last year, Cadillac encouraged some its lowest-volume dealerships to convert their physical showrooms into virtual showrooms with little or no actual inventory. Instead, dealers can bring a VR headset to a person's home or work to view the vehicle, and customers can then purchase the car after they've viewed it. And Jaguar Land Rover is letting potential customers explore its new Discovery SUV through VR headsets in its showrooms months before they'll see it at the dealership.