Shares of clinical-stage biopharma GlycoMimetics (NASDAQ:GLYC) rose 21% this morning after announcing that its drug candidate GM-1271 received orphan-drug designation from the European Medicines Agency for treating acute myeloid leukemia, or AML. In May 2015 the U.S. Food and Drug Administration (FDA) granted the drug the same status, which is given to therapies aimed at treating rare diseases and provides funding and support for development.

Earlier this month, GlycoMimetics released GM-1271 data from the later portion of a phase 1/2 trial, and most importantly, announced that the FDA had granted Breakthrough Therapy designation. The status allows for promising drug candidates to undergo expedited development and review processes from regulators, sometimes even based on mid-stage trial results.

Despite that, the stock actually gave up all of its gains over the course of the day. As of 3:18 p.m. EDT, the stock had settled to a 0.3% loss. 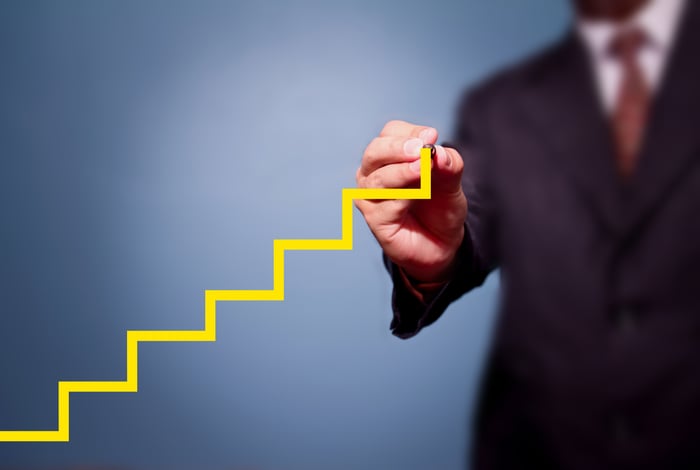 According to GlycoMimetics, data announced earlier this month showed high response rates, tolerability, and the first-ever clinical evidence supporting the mechanism of action for GM-1271. It works by disrupting a molecule called E-selectin, which allows circulating cancer cells to attach to healthy cells. The process plays a key role in metastasis and AKL, a cancer of the blood and bone marrow, in which cancer cells interrupt the production of healthy blood cells.

The drug candidate, which is used in combination with chemotherapy, demonstrated higher mortality and poor tolerability in elderly patients, but that hasn't affected the overall benefits of the treatment thus far. AKL is most common in older patient populations, however.

GlycoMimetics stock has been on a tear in the last several weeks on the heels of an avalanche of encouraging news. That allowed management to wisely offer shares to raise gross proceeds of $80.5 million -- more than doubling the cash position from the end of March. That said, the orphan-drug status designation in the European Union will aid in the development of GM-1271, but at the end of the day, data is king.

The ultimate fate of GM-1271 rests on its long-term safety and efficacy, which so far has demonstrated encouraging results. Investors need to remain patient for the remainder of development, and as they hope, eventual marketing approval.