Still, that hasn't dampened Twitch's popularity all that much. Twitch's 2016 retrospective showed continued growth in its most important metrics, with some expected deceleration due to Twitch's growing size. In 2016, there were 292 billion minutes watched, with 2.2 million unique streamers.

It's now Microsoft's (NASDAQ:MSFT) turn to step up to the plate. 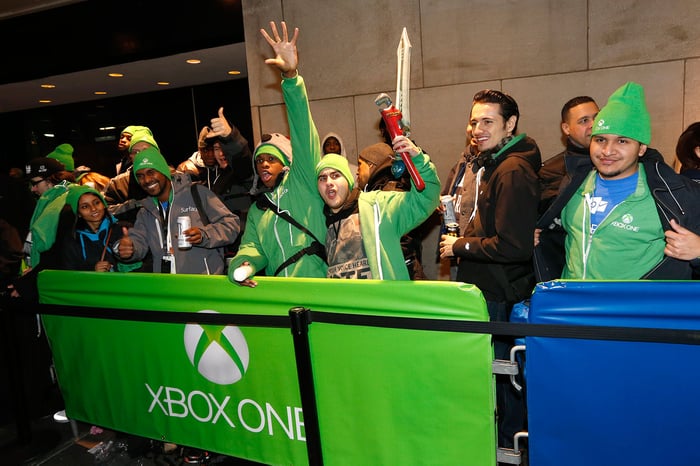 A live-streaming service by any other name

The software giant has unveiled a new live-streaming platform called Mixer, a rebranding of Beam, which was acquired in August 2016. Beam had only launched just seven months prior before Microsoft scooped it up for an undisclosed price. Beam did have a differentiating feature, though: The ability for viewers to interact more directly with the stream instead of only passively watching. The start-up was also able to boast lower latency than its larger rivals.

Mixer will step into the live-streaming ring to compete with incumbent heavyweights Twitch and YouTube Gaming, which is an upward hill to climb. In addition to the new name, Mixer is adding a handful of new features that hope to differentiate the service further, such as Crowd Play (allows the audience to vote on in-game decisions) and Co-Streaming (combining multiple streams into a split-screen view), to name a few.

Microsoft is also launching Mixer Create (in beta), a mobile app that allows users to broadcast mobile games. Naturally, Mixer will be integrated directly into the Xbox One as well as Windows 10.

Overall, Mixer looks like it offers some compelling features for the growing live-streaming crowd, but it remains to be seen if the service can rival Twitch or YouTube Gaming. If any of Mixer's differentiating features prove to be popular, it would be fairly easy for Twitch or YouTube Gaming to replicate them, since these are all companies with deep pockets to fund development.

All three services have parent companies that operate massively powerful clouds (and collectively dominate the cloud infrastructure market), so in terms of technical prowess there shouldn't be any slacking on anyone's part. Microsoft also didn't mention anything yet about the revenue model, but presumably it will rely on ads like other live-streaming platforms and have revenue-sharing agreements with content producers and streamers. (Although Amazon has cleverly linked Twitch to Amazon Prime; Prime members enjoy ad-free viewing.)

A few years back, I wouldn't have had much confidence that Microsoft could pull it off, but the company's ability to execute has improve immensely in recent years under CEO Satya Nadella. The software giant definitely has a chance to make a dent in live-streaming.