Please ensure Javascript is enabled for purposes of website accessibility
Log In Help Join The Motley Fool
Free Article Join Over 1 Million Premium Members And Get More In-Depth Stock Guidance and Research
By Anders Bylund – May 27, 2017 at 8:19AM

Investing in disruptive technologies can be both tricky and enriching. Here's a field guide to making money by keeping track of upcoming trends and strong innovation.

You can get rich from investing in disruptive technology. But if it was easy, everybody would see the sea change coming and adjust accordingly, killing the disruptive new idea before it became a threat.

So, how can you tell the best future innovations and unstoppable trends apart from the also-rans and the gadfly fads? I'll show you the ropes, and soon, you too will be investing in the second coming of Amazon.com (AMZN -0.77%), Netflix (NFLX -2.04%), or Apple (AAPL -1.96%) long before they become game-changing giants. 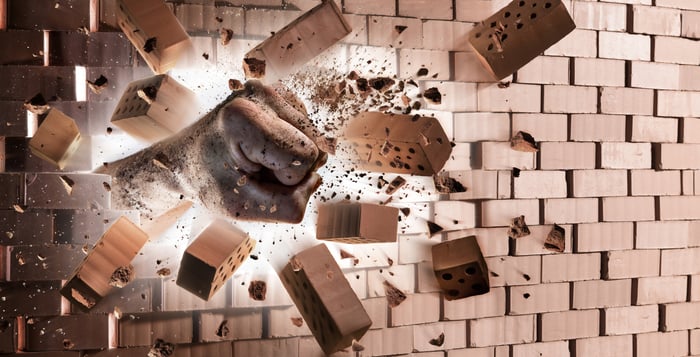 Step 1: Find a market in dire need of new thinking

For Amazon, that started with an aging, staid retail sector. Big-box stores and large malls were cluttering up the American shopping landscape in the early 1990s, just as the internet started showing its game-changing muscles. Surely there must be some way to lower the capital costs of running a retail business -- perhaps by tapping into that new global network thing?

Netflix reportedly started with a ridiculous late fee on a video store rental, coupled with co-founder and CEO Reed Hasting's desire to become "the Amazon.com of something." Here was another bloated, inefficient consumer market that could use a radical makeover.

Apple returned from the brink of financial disaster as Steve Jobs made his triumphant return to the company he built. Way back in 1997, Jobs wanted to rebuild Apple around the idea of making "some really great products," and he had already identified several "giant holes" in the market that needed filling. iPods and iTunes were launched within four years. In 2007, iPhones became Apple's real long-term cash cow. The mobile computing market had been developing in the wrong direction from day one, and Steve Jobs had better ideas.

Step 2: Track down companies that address this technology gap

The next Netflix might apply a centralized, low-cost technology platform to some other business sector, creating a disruptive empire in the process. The next Apple could have fresh devices in mind for something else we do every day, like shaving or breathing. Or the next Amazon may be brewing up a next-level distribution and ordering system for -- well, who knows?

These companies might be tiny upstarts run out of a garage, not yet ready for the public market. Or maybe it's an older company, digging into new market opportunities to stay relevant. If you can buy shares of it, you're ready for the third step. If not, put that disruption-ready business in your back pocket and keep looking for explorers in these uncharted waters.

Keep in mind that today's giants were small and easily overlooked once upon a time. Some of our current small-cap tickers will take similar paths to gigantic market caps and shareholder returns. Don't write off any ticker just because the company is too small and unknown:

Step 3: Confirm that there's a real business model in play

Ideas are a dime a dozen. The real value lies in building a workable business model around your revolutionary technology.

This is where you should dig into quarterly earnings releases, management's conference calls, and SEC filings of every kind. Is the disruptive idea ready for prime time, producing an operating profit right now? Great, but you may have missed a significant part of the skyrocketing returns already. Is the company low on cash and burning more of it in order to give its big idea a proper launch? Better have a plan to raise more cash as needed without drowning in high-interest debt or robbing early shareholders via dilution-boosting batches of stock sales.

Remember, Netflix is burning cash right now in order to create a top-notch library of original shows with lasting value. Amazon did the same in the 1990s, on its way to creating the e-commerce colossus you see today. Even Apple reported negative cash flows for long stretches in the 1990s, and again in the early 2000s as the transformative iPod/iTunes launch was taking shape.

Spend money now, reap the rewards later. Just make sure the company can actually afford the planned level of heavy spending without causing irreparable damage to the balance sheet.

Some investors may prefer lower levels of risk, writing off any ticker with negative earnings and/or cash flows. That's fine, but you can't reach extreme long-term returns without accepting some financial risk. This is a judgment call. If you've read this far, I assume you're fine with a bit of (well-researched, firmly understood) risk. 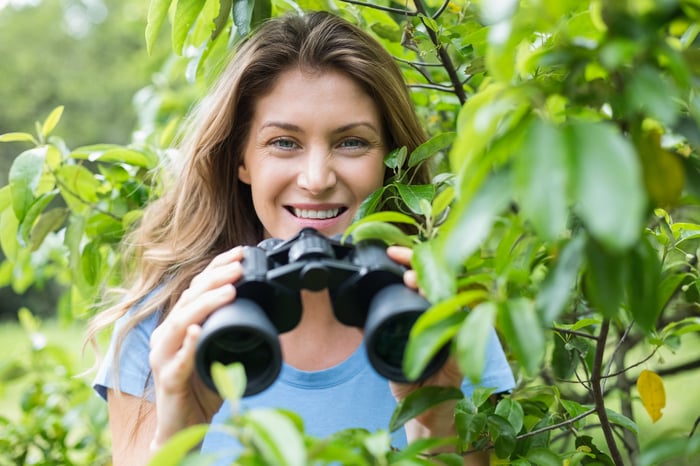 Keeping an eye on the disrupted market is very important. Sure, you could place your bets on the forward-thinking champion of new technology and upside-down operating procedures, and then leave the revolution alone for years or decades. But that's gambling, not investing. The idea here is to find a strong new challenger in an established field, and then take an active interest in the market rumblings.

Things can go wrong along the way, and you should always be ready to take appropriate action when that happens.

Sometimes, that means selling out and never going back. Remember when BlackBerry (BB 0.62%) was so hot, its management shrugged off the rise of Apple's iPhones because strong data security and high-quality physical keyboards would surely win the day? Co-CEO Jim Balsillie publicly thanked Apple for bringing more attention to the smartphone market but didn't see Cupertino as a threat until it was too late. BlackBerry's own disruption of mobile communications was stopped in its tracks by do-it-all Apple and Android smartphones, user-friendly app stores, and powerful marketing.

Other times, a fixable stumble might open up an attractive buying window where you can double down on your best disrupting technologies. When Netflix split its streaming service apart from the red DVD mailers in 2011, the Qwikster announcement was seen as an empire-ending mistake, and share prices plunged quickly. But Netflix CEO Reed Hastings was quick to roll back the Qwikster split while sticking to the separation of DVD and streaming subscriptions. When it became obvious to informed investors that Hastings had corrected his mistakes, I tripled my personal Netflix holdings. My older Netflix investment has grown 470% larger while the 2011 cohort rose 13 times higher. The blended return is 820% -- so far. Selling out would have been a grave mistake in this case. Sitting on my hands would not have been much better.

So, you have to stay on your toes, ready to get out or dive deeper as the market conditions change. The deeper you understand the disrupted market, the better equipped you'll be to take full advantage of the fundamental changes.