The chip giant has repackaged some old claims around its upcoming eighth-generation Core processors to make them seem new. 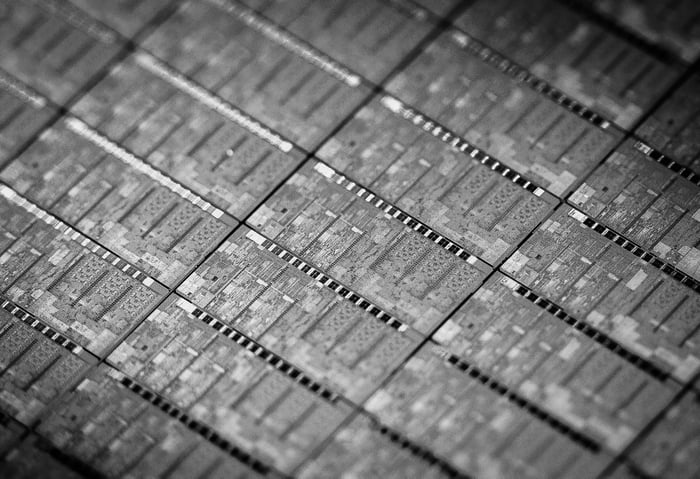 Let's dissect Intel's claims and then put this announcement into broader business context.

In a footnote accompanying the performance claim, Intel said that this 30% performance improvement compares the Core i7-7500U notebook processor with an unnamed eighth-generation Core i7 chip.

Both chips have a value known as PL1 ("power level 1") set to 15 watts. Per Intel, PL1 is "a threshold for average power that will not exceed." In other words, both chips are set to consume the same amount of power on average.

The performance lift within the same power envelope is certainly nice, but it's important to note that when Intel put its original ">15%" claim out there, it compared seemingly the same unnamed eighth-generation Core processor with a seventh-generation Core chip known as the Core i7-7600U.

If Intel delivers its eighth-generation Core processors this holiday, as the company claims it will, then that will mark two years in a row of the company delivering new, meaningfully improved processor families for the personal computer market.

As I've noted before, I'm waiting to see if Intel can continue this momentum in the years ahead, especially as the company faces a transition to newer, more complex 10-nanometer manufacturing technologies and brand-new chip architectures.

If Intel can, then I won't be able to help but become incrementally more enthusiastic about the company's execution and ultimately its long-term business prospects.