Please ensure Javascript is enabled for purposes of website accessibility
Log In Help Join The Motley Fool
Free Article
Join Nearly 1 Million Premium Members And Get More In-Depth Stock Guidance and Research
By Ashraf Eassa – May 30, 2017 at 8:30AM

This chip giant just announced a compelling refresh of its enthusiast-grade desktop processors.

On May 30, chip giant Intel (INTC 1.31%) announced its new Skylake-X family of processors aimed at the high-end desktop market. Intel is pitching this family of processors (as well as the accompanying X299 platform) at gamers, content creators, and overclocking enthusiasts.

The high-end desktop market is a relatively small one, but it's a market that's growing and a market in which customers are generally willing to pay premiums in exchange for higher performance (something that translates into relatively rich average selling prices). 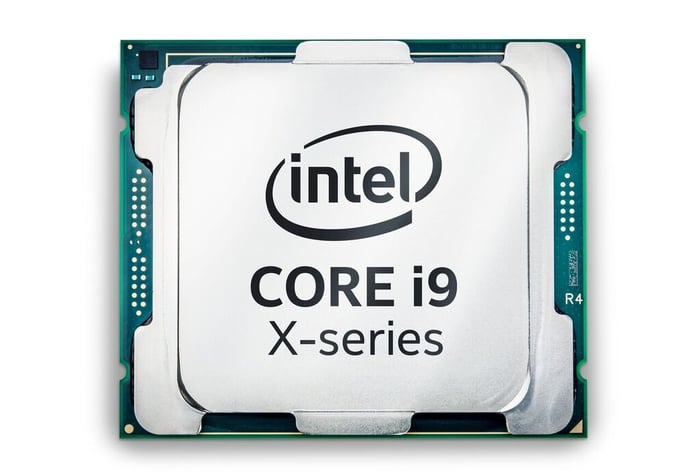 Let's go over the key announcements vis-a-vis the Skylake-X processors and what it all could ultimately mean for Intel's business.

Intel's previous high-end desktop processors, known as Broadwell-E, came in six, eight, and 10 core options. The 10-core part ran at modest speeds out of the box (3GHz base frequency/3.5GHz maximum turbo frequency) and cost customers about $1,700. The eight-core part below it sold for about $1,100, with the two six core parts (differentiated by PCI Express lanes and frequency) listed for about $617 and $441, respectively.

With Skylake-X, Intel has built much higher-performance and much better value parts across the board.

To top it all off, the Skylake-X parts use an updated processor architecture that should yield performance improvements relative to the Broadwell-E parts at identical core counts and frequencies.

The 7900X is also much cheaper than the 6950X, making the former a substantially better value than the latter was.

With the Skylake-X family of processors, Intel has seemingly built "no-compromise" parts. These parts scale to ridiculously high core counts, pricing is far more rational (there are no irrational jumps in pricing between different models in the lineup, either), and the chips also run at very high frequencies when fewer cores are loaded up (this is important for gaming).

In other words, these chips should do very well at content creation (and other tasks that can take advantage of multiple cores) while at the same time delivering strong out-of-the-box performance for gaming applications, which generally can't make good use of many processor cores today.

I expect that the new Skylake-X lineup will reinvigorate enthusiasm in the gaming/PC enthusiast community for Intel's high-end desktop processors and platform after the company had seemingly neglected it for years in favor of its cheaper mainstream desktop platform.

If I'm right, this should translate into both an acceleration in unit shipment growth and a richer product mix within the company's desktop processor shipments. Now, enthusiast/gaming-related chips make up a relatively small portion of overall desktop computer market, but these chips are high value and shipments of them seem to be growing as the overall desktop personal computer market declines.