A look at the investment proposition for buying shares in the multi-industry industrial company.

The first-quarter proved to be a good one for the industrial sector, and particularly so for multi-industry companies like 3M Co (MMM 1.50%) and Illinois Tool Works (ITW 0.88%). Both companies reported strong first quarters and raised their full-year revenue and earnings guidance. That said, they both currently trade on valuations that look expensive compared to previous years. . Let's take a look at the investment case for and against buying stock in 3M Co.

I have five things to look at in the context of the first-quarter results.

First, the chart below shows how the two companies are currently trading on relatively high valuations. This suggests that neither stock can afford any trading hiccups going forward. In other words, they both need to, at the least, hit the expectations that the market has for them.. 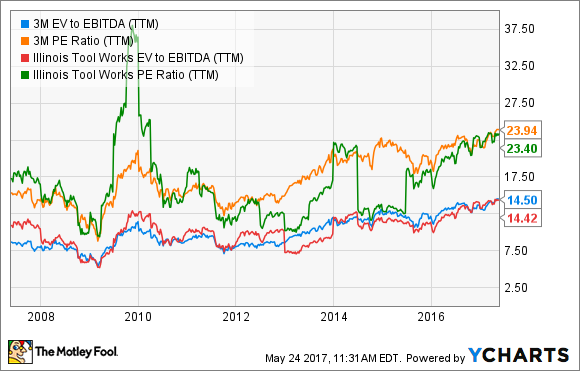 Second, although the first-quarter earnings were strong, they weren't without blemishes. For example, the consumer segment reported a second straight quarter of organic sales declines. Discussing the matter on the earnings call, CEO Inge Thulin noted that the weakness came primarily from channel adjustments in the office and retail space, and said "I think it would take us a couple of more quarters in order for the inventory levels to come right in that channel." 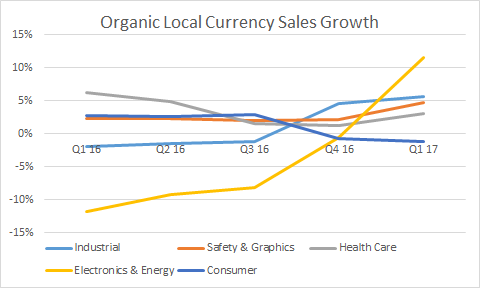 Fourth, operating margin declined 100 basis points (equivalent to 1%) to 23.1% in the first-quarter compared to the same period last year. Around 180 basis points of the decline was due to strategic investments of some $136 million made in the quarter. To be fair, these investments are being made to improve growth and productivity in the future. However, they are also coming at the cost of near-term margin, and there is no guarantee they will pay off.

For example, as you can see below, 3M has had to increase the amount of money it spends in research & development as a share of revenue in recent years--eating into margin. 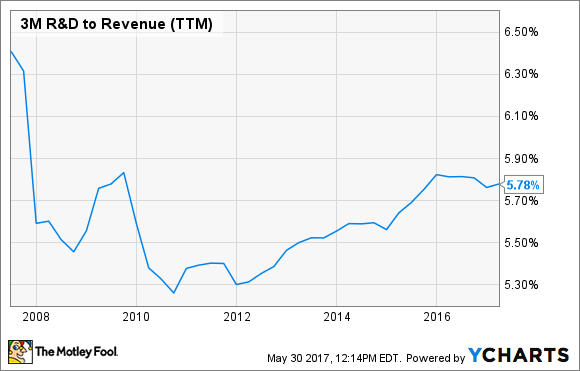 Fifth, management made $690 million in share buybacks in the quarter and continues to expect full-year repurchases of $2.5 billion to $4.5 billion for the full-year. However, as you can see above, these purchases are being made when the stock trades at a high valuation. A useful usage of shareholders' cash? 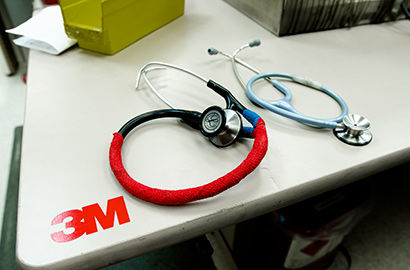 Turning to a more positive take on matters, the bullish case focuses on the fact that 3M Co, and Illinois Tool Works for that matter, raised full-year revenue and earnings guidance in the first quarter. The highlights from the 3M Co's guidance upgrade:

The hike in organic sales growth is particularly relevant because the new outlook range is in-line with management's outlook for 2% to 5% for 2016-2020 given in the investor day presentation in March 2016.

Moreover, management's track record of expanding operating margin suggests it can leverage the increase in revenue into increased profitability via margin expansion. 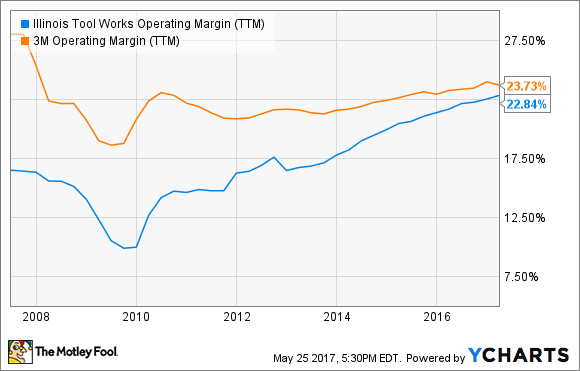 In addition, the increased revenue and earnings expectations -- largely due to an improvement in the industrial economy -- will help the company generate cash flow to make the strategic investments mentioned above, which are being made in order to increase long-term profitability.

Frankly, I would favor the bearish case here. While it's true that guidance was increased after a strong first quarter, it's also true that the consumer segment is underperforming and the automotive heavy industrial segment could see slowing growth for the rest of 2017. In addition, the heady valuation leaves little room for error at a time when the company is having to increase investments in order to generate growth.