On both an absolute and relative basis, Rockwell Automation (NYSE:ROK) stock looks expensive. As you can see below, its current P/E ratio of around 27 times earnings means it commands a premium to the electrical equipment sector.

Time to hit the sell button? Not so fast -- here are five reasons Rockwell Automation's premium rating is deserved, and why the stock might even be a good value option. 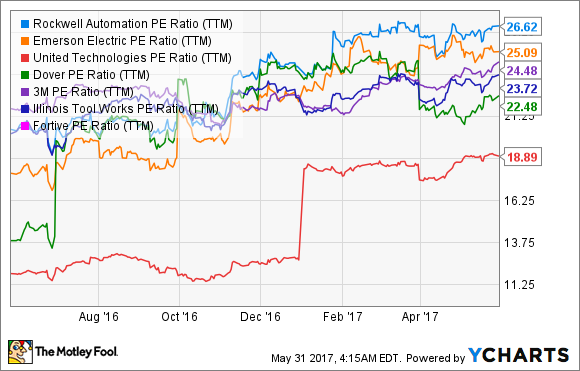 Earnings aren't the only way to value a company. In fact, cash flow generation is arguably a better way to look at matters -- after all, it's free cash flow that's actually used to pay down debt, make stock buybacks, and pay dividends. The good news is that Rockwell is traditionally very good at converting net income into free cash flow. As the chart below illustrates, the 10-year average free cash flow conversion rate from net income is around 1. 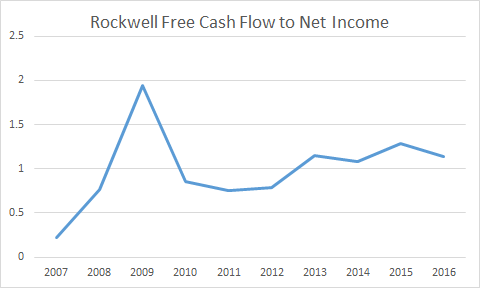 Moreover, if you look at valuations on the basis of enterprise value (market cap plus net debt) compared to free cash flow, Rockwell Automation is actually cheaper than its peers, including Emerson Electric (NYSE:EMR) and Honeywell International (NASDAQ:HON). 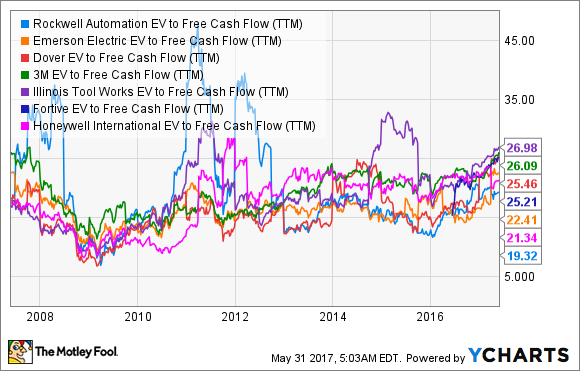 An Internet of Things stock

The Internet of Things (IoT) involves embedding internet-enabled devices into hardware and then interacting with the data produced. Rockwell's sensors and controls make it a key player in the IoT market, and management claims it's actually an industrial software company.

As such, Rockwell's stock deserves a premium due to the long-term secular growth potential from IoT. Rockwell isn't the only company investing in IoT, but peers like General Electric Company and Honeywell International have a lot more exposure to a specific set of end markets compared to Rockwell's broad-based exposure to automation spending.

It's a similar situation with Rockwell. Here's how the company has raised guidance throughout 2017.

The substantive upgrades indicate that Rockwell is a company that benefits from an improving economy and has good earnings momentum.

Rockwell might also command a premium because investors accept that it's a business whose margin tends to move up and down with its revenue growth. In other words, it has a high amount of operating leverage. The following chart shows how operating margin does indeed oscillate in tandem with revenue growth. 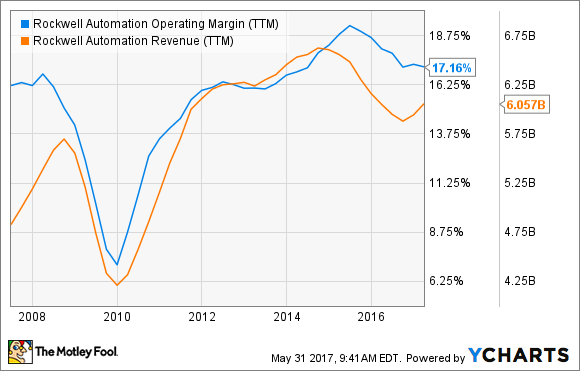 Considering that the U.S. industrial economy is recovering from recession-like conditions, the likelihood is that a combination of revenue growth and margin expansion will lead to strong earnings growth at Rockwell. Indeed, analysts have EPS growing at 11.6% and 9% in 2017 and 2018, respectively.

Finally, with an enterprise value of around $19.9 billion and its position as a leading IoT play, Rockwell Automation is often seen as a takeover target for companies like Emerson Electric, Honeywell, ABB, and Siemens. Such companies usually command premiums because investors feel that a larger company might be willing to pay handsomely in order to acquire Rockwell's product portfolio. 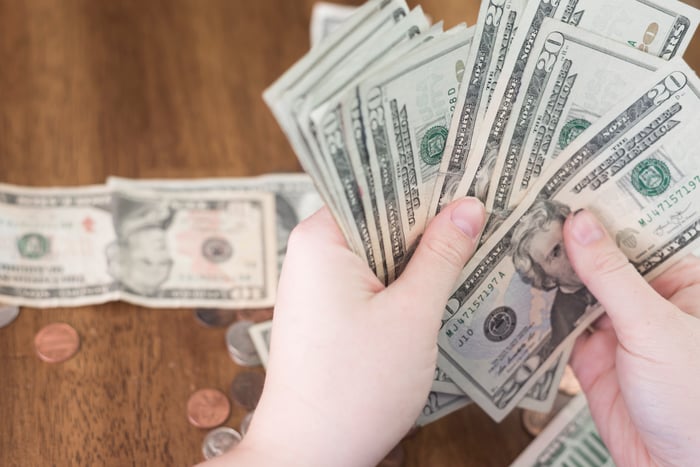 Rockwell Automation stock commands a premium rating, but it might be worth paying for. Image source: Getty Images.

All told, Rockwell may look superficially expensive, but for the reasons above, its stock price could continue to move aggressively higher in 2017. The cash-generating company has a lot of earnings momentum behind it, and offers investors an attractive mix of long-term growth potential from IoT and a bit of takeover potential as well.