Please ensure Javascript is enabled for purposes of website accessibility
Free Article Join Over 1 Million Premium Members And Get More In-Depth Stock Guidance and Research
By Steve Symington - Updated Jun 14, 2017 at 10:09AM

One segment currently drives an outsize portion of Corning's revenue and earnings. But that may soon change.

As a 166-year-old tech titan, Corning Incorporated's ( GLW -1.07% ) reach goes deeper than many investors realize. The glass technologist has several primary segments with hundreds of innovative glass product variants. And in recent years, Corning has become popularly known for its Gorilla Glass cover glass, which can be found protecting over 4.5 billion smartphones and tablets worldwide.

Interestingly, however, only a small fraction of Corning's revenue and net income is derived from the specialty materials segment, under which Gorilla Glass is categorized. So let's take a closer look at not only where Corning makes most of its money, but also how its business is changing as we speak. 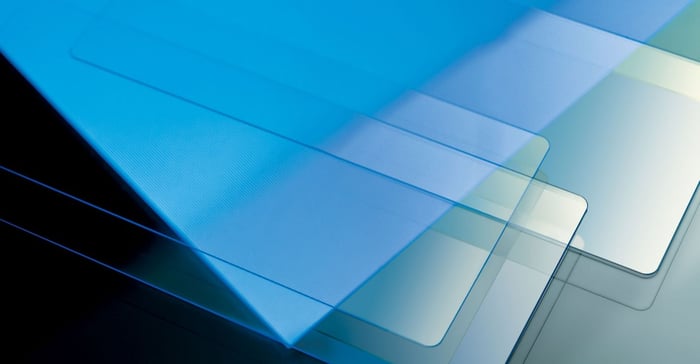 As it turns out, most of Corning's cash comes from its core display technologies segment, which primarily includes specialized glass substrates used as a key component in liquid crystal displays (LCDs) for smartphones, tablets, notebooks, computer monitors, and televisions. But top-line growth has been hard to find in this market of late; glass price declines have largely offset the contributions of increased LCD glass shipment volumes in recent years.

But glass price drops have steadily moderated over the past several years, with last quarter marking the narrowest price decrease Corning has enjoyed since 2011. This makes it easier for Corning to bolster earnings through increased manufacturing efficiency and cost management initiatives. As a result, core earnings from the Display Technology segment increased a strong 15% year over year last quarter to $256 million, representing nearly 63% of Corning's $407 million in consolidated core net income.

But Corning investors have more reasons to be excited for their company's future prospects outside of display technologies.

For one, revenue at the above-mentioned specialty materials business climbed an impressive 32% year over year to $300 million last quarter. That was well above management's financial guidance at the time for specialty materials growth in the high teens, thanks to the accelerated adoption of Gorilla Glass in new devices like the Samsung Galaxy S8 and Google Pixel smartphones. On the bottom line, specialty materials net income climbed 50% to $48 million. And Corning is aggressively working to expand the applications for Gorilla Glass, including automotive variants designed to improve durability and reduce weight in everything from the windshield to windows, in-vehicle touch screens, and protective console and dashboard coverings.

Meanwhile, revenue from Corning's second-largest segment, optical communications, climbed 34% year over year last quarter to $818 million, helped by a ramp in investments in fiber-to-the-home products. In one particularly exciting example last quarter, Verizon recently committed to purchasing at least $1.05 billion of optical fiber and associated products from Corning to enable its next-generation network. Again on the bottom line, net income for the segment more than tripled from the same year-ago period, to $93 million. And for the full fiscal year, Corning expects this business to deliver low-teens percent growth, enabled by continued investments from telecommunications industry leaders. This should also leave optical communications on track to overtake display technologies as the company's largest cash cow.

But for now, if you're wondering how Corning makes most of its money, look no further than the LCD glass market and its industry-leading display technologies business. Over the longer term, however -- and much to the delight of patient Corning investors -- that should change as Corning continues to diversify and position itself to survive and thrive in our fast-changing world of technology.