The overall market rose modestly, but these stocks' gains well outpaced it. Find out why.

Friday was another day for the record books on Wall Street, as major market benchmarks once again climbed to all-time highs. Gains ranged from about a quarter of a percent for the Dow Jones Industrial Average to almost 1% for the Nasdaq Composite, with market participants reacting favorably to Labor Department data indicating somewhat tepid jobs growth in May.

The bond market climbed as investors assessed the possibility that the Federal Reserve might not raise interest rates at its next monetary policy meeting later this month, and that optimism spread to stocks as well. In addition, some individual companies released good news: Canada Goose (GOOS 13.72%), Broadcom (AVGO -1.34%), and AMC Entertainment (AMC) were among the best performers on the day. Below, we'll look more closely at these stocks to tell you why they did so well.

Canada Goose climbed 16% in the wake of its fiscal fourth-quarter  report. The financial results, which were the first since the winter apparel retailer went public in March, included a 22% jump in revenue and a net loss that was smaller than investors had expected. Given the seasonal impact on a winter-oriented business, the loss wasn't surprising, and for the full fiscal year, Canada Goose posted earnings-per-share growth of more than 40%, and gross margin rose by nearly 2.5 percentage points to 52.5%. Looking forward, Canada Goose's long-term guidance was favorable, including annual revenue growth projections in the mid- to high teens on a percentage basis, and growth in adjusted net income per share of about 20% per year. CEO Dani Reiss was excited about the results, noting that the company's first two flagship retail stores "far surpassed our expectations." The executive believes that with its strongest spring collection yet, Canada Goose will keep climbing. 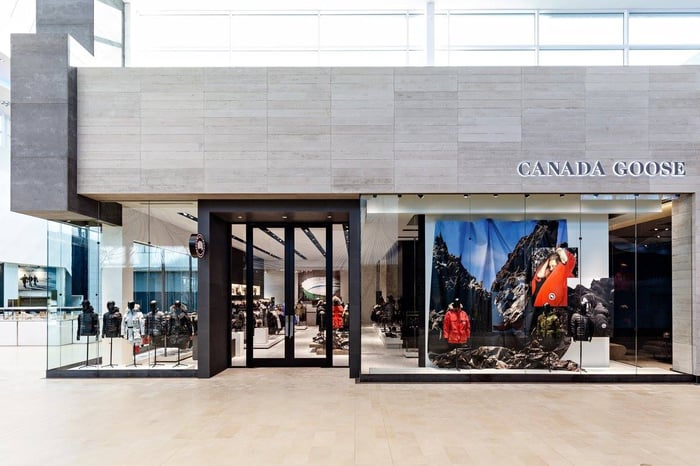 Broadcom gets a boost

Broadcom gained 9% after releasing its fiscal second-quarter financial results late Thursday. The semiconductor device supplier said that net revenue climbed 18% year over year, helping to reverse a Q2 2016 GAAP loss and post an almost 50% rise in net income on an adjusted basis. CEO Hock Tan explained the quarter simply, saying, "We delivered strong financial results for our second fiscal quarter with revenue, gross margin, and [earnings per share] all above the top end of guidance." Even better, Broadcom anticipates that its end markets will remain healthy, and expects continued strong growth for the remainder of the fiscal year should give the chipmaker's core business a push forward. In addition, several analysts watching the stock pushed up their price targets, anticipating that sales of chips for popular mobile devices will create impressive growth looking ahead.

AMC gets a rebound

Finally, AMC Entertainment closed Friday higher by 6%. The movie theater network's stock had sagged earlier this week, falling as much as 9% on worries that the dire long-term prospects for shopping malls could have a negative impact on AMC and its theater peers in the future. The premise punishing the stock was that if more people stay home rather than shopping, they'll also stay home to watch streaming video rather than visiting theaters. Yet today, investors seemed to rethink that theory, and consider the possibility that people will still be willing to spend for experiences, which could give AMC a chance to capitalize on consumers' desires to see movies in a way they can't manage at home. With everything from state-of-the-art seating to food and beverage offerings, AMC and the movie industry generally are answering the call to develop a compelling response to the home binge-watching trend.

The 10 Best Performing Stocks of the Decade
413%