Domino's reported earnings on April 27, the-next-to-last day of trading for the month, and the numbers sent shares skyrocketing. After closing on April 28 at $181.39 shares rose through May to close the month at $211.72, a 22% gain, according to data provided by S&P Global Market Intelligence. 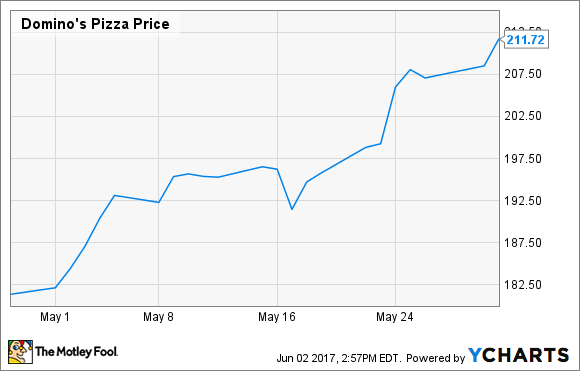 "It was a great start to 2017, as momentum continued with solid growth in our international business, and our third consecutive quarter of double-digit same store sales growth in the U.S.," said CEO J. Patrick Doyle in the Q1 earnings release. "The ultimate measure of customer satisfaction is more customers choosing to do business with you. The growth we are experiencing – both in store counts and customer visits – is a reflection of great commitment and execution by our franchisees and team members."

In Q1 the chain also raised its earnings per share from $0.89 a year ago to $1.26 in 2017. That's a 41.6% increase that the company said was "driven by the increase in net income, as well as lower diluted share count, primarily as a result of the share repurchases made during the trailing four quarters." 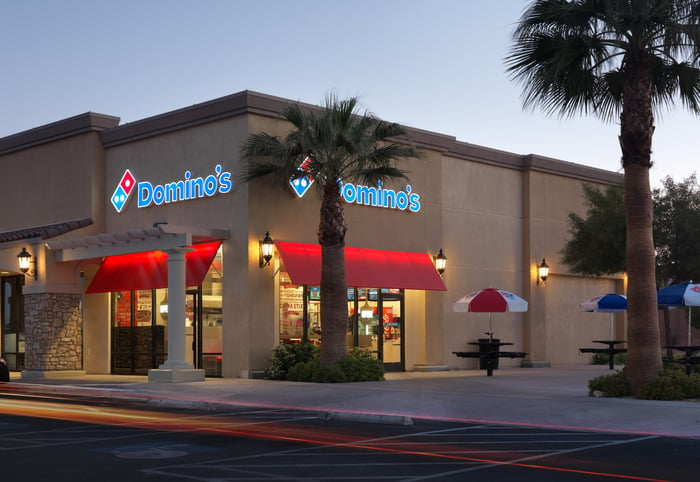 Expect more of the same from the company that has made a science of being convenient to consumers. Domino's has led the way when it comes to using technology to make ordering food easier. Even though some of its rivals have copied many of its advances, consumers have shown that they remain loyal to Domino's.

The pizza chain should continue to grow as it added over 1,300 stores in the last 12 months and should add around the same number over the next four quarters. Clearly the company has found the perfect balance of good-enough food and convenience that works on a global level.