A look at what The American Health Care Act would do.

The American Healthcare Act of 2017 that recently passed the House of Representatives aims to dramatically reshape healthcare in the U.S.

What would the changes be? Last week, The Congressional Budget Office released the latest official forecast of what Trumpcare would do. 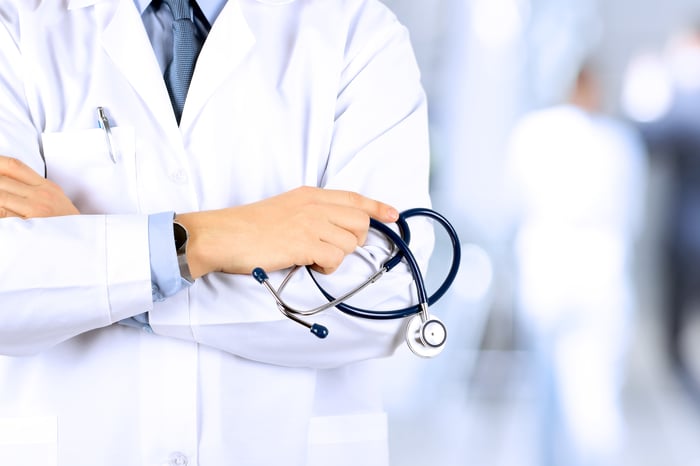 Here are the 11 biggest ways Trumpcare would change healthcare.

Under Trumpcare, the number of uninsured Americans would nearly double to 51 million from 26 million. The increase would be due to the higher cost of health insurance and elimination of the individual mandate. The bulk of the newly uninsured would be middle-aged people of moderate means.

Although the agencies expect that the legislation would increase the number of uninsured broadly, the increase would be disproportionately larger among older people with lower income -- particularly people between 50 and 64 years old with income of less than 200 percent of the federal poverty level [i.e. $56,000 for a family of four.]

Here are the increases in the uninsured rates broken down by age and income: $834 billion in cuts to Medicaid

Since the passage of Obamacare, 14 million extra Americans have gotten access to health insurance through Medicaid, the health insurance program supports poor children and parents, low-income seniors, and the disabled. Obamacare gave states the option to cover more people by raising the qualifying income threshold. (The threshold for 2017 is an individual earning less than $16,400.)

Trumpcare reverses the Medicaid expansion. Beyond that, it makes big cuts to Medicaid by reducing the Federal matching rate and capping benefits below the rate at which healthcare costs grow.

Trumpcare eliminates capital gains and medicare taxes that apply to single filers earning more than $200,000 per year and couples earning for than $250,000 per year. 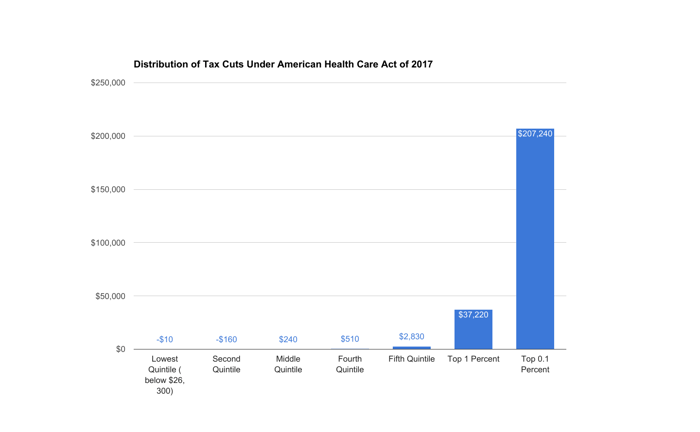 On an apples-to-apples basis, average net premiums would be roughly 13% higher under Trumpcare as opposed to Obamacare. But premium changes would vary considerably. 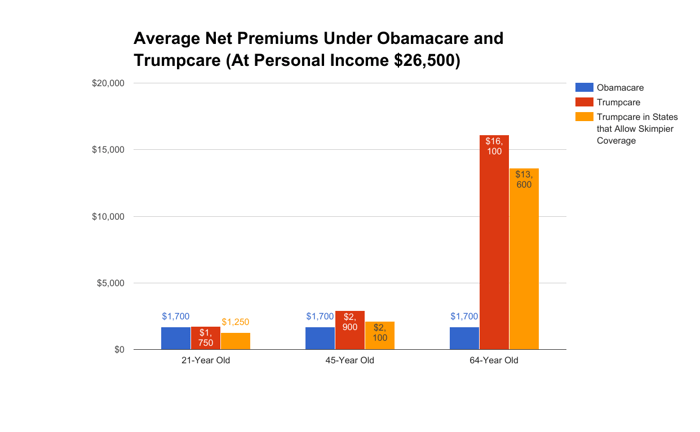 On the other hand, young, healthy, wealthy Americans could see their premiums decline.

Reduce the deficit by $119 billion over 10 years

Overall Trumpcare would save the Federal Government $119 billion over 10 years, or 1.2% of the 10-year deficit.

Higher prices for some people with pre-existing conditions

Preexisting conditions include asthma, high-cholesterol, pregnancy, heart disease, obesity, cancer, acne, Alzheimer's, alcoholism, injuries, and others. Most American households have a member with a preexisting condition, according to a recent Kaiser Family Foundation poll.

A big part of the reason why premiums would increase so much for older Americans is Trumpcare's so-called "age tax," which allows insurers to charge older Americans five times as much as younger customers.

People who don't want insurance wouldn't have to buy it

Obamacare prevents insurance companies from discriminating against sicker customers by charging higher prices. It also requires everyone to either purchase insurance or pay a penalty. Otherwise, healthy people could opt out of insurance, and just wait until they got sick to buy insurance. If enough people pulled that trick, the pool of insurance customers would consist of mostly sick people, which would drive up premiums, thus driving away even more healthy people in a vicious cycle known in insurance circles as a "death spiral."

Trumpcare does away with this requirement. So people who don't want insurance -- mainly younger, healthier Americans -- wouldn't be penalized if they don't insure themselves.

Would destabilize some health insurance markets

One-sixth of Americans live in parts of the country where nongroup insurance markets would become unstable starting in 2020.

The CBO explains how it would happen:

Community-rated premiums would rise over time, and people who are less healthy (including those with preexisting or newly acquired medical conditions) would ultimately be unable to purchase comprehensive nongroup health insurance at premiums comparable to those under current law, if they could purchase it at all.

Trumpcare's fate is still uncertain. To become law, the bill still needs to pass the Senate, which is only beginning to write its own version. Full passage is made more difficult by the fact that the bill isn't very popular -- only 20% of Americans support it.

But with Trumpcare's vast potential to reshape the American healthcare market, healthcare consumers should keep an eye on it.