Please ensure Javascript is enabled for purposes of website accessibility
Log In Help Join The Motley Fool
Free Article Join Over 1 Million Premium Members And Get More In-Depth Stock Guidance and Research
By Danny Vena - Jun 4, 2017 at 10:53AM

The AIphaGo AI computer defeated the best human Go player in the world, but this is more than just fun and games -- investors stand to gain from the real world applications. 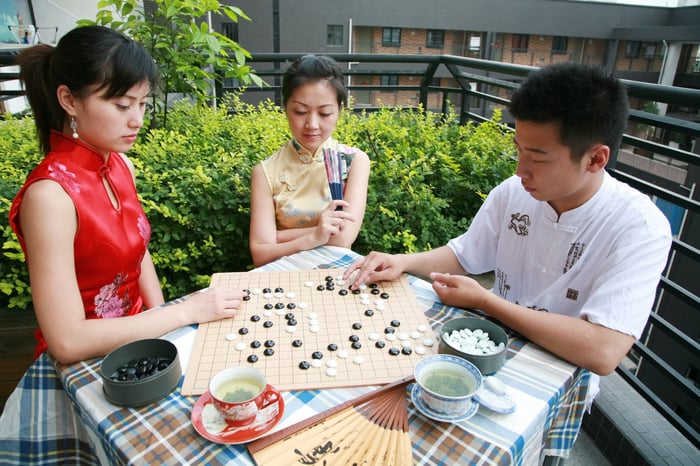 DeepMind, a division of Alphabet's (GOOGL -1.81%) (GOOG -1.62%) Google, had its sights set on conquering the game, using its artificial-intelligence (AI) computer AlphaGo in the age-old battle of man vs. machine.