These stocks fell back despite a relatively quiet day in the financial markets. Find out why.

The stock market closed Monday with modest losses, sending the Dow, S&P 500, and Nasdaq Composite lower from their record closes last Friday. Nevertheless, the declines were all less than 0.2%, and investors appeared to be in a wait-and-see mode as they look forward to more momentous news due out later this month. Among the top potential market movers for June will be the U.K. elections later this week and the Federal Reserve's meeting to determine the future course of interest rates. Yet company-specific items were in the spotlight today, and some stocks posted significant losses. Herbalife (HLF 4.22%), JinkoSolar (JKS 9.32%), and NewLink Genetics (NLNK) were among the worst performers on the day. Below, we'll look more closely at these stocks to tell you why they did so poorly.

Shares of Herbalife dropped nearly 7% after the company said this morning that it would have to revise its financial expectations. Citing the need for its distributors to learn, teach, and implement new technology and processes, Herbalife said that it now expects net sales to fall 2% to 6% in the second quarter, with volume falling 4% to 8%. For the full year, Herbalife thinks it will be able to grow revenue 0.5% to 3.5% despite seeing volume come in a range between -1% and +2%. Upward adjustments to earnings guidance weren't enough to satisfy shareholders, and activist investor Bill Ackman spoke out against the company's news. Herbalife is a controversial company, but when negative things that get said about the business pan out in its financials, the seller of nutritional supplements and other consumer products needs to take steps to remedy the situation. 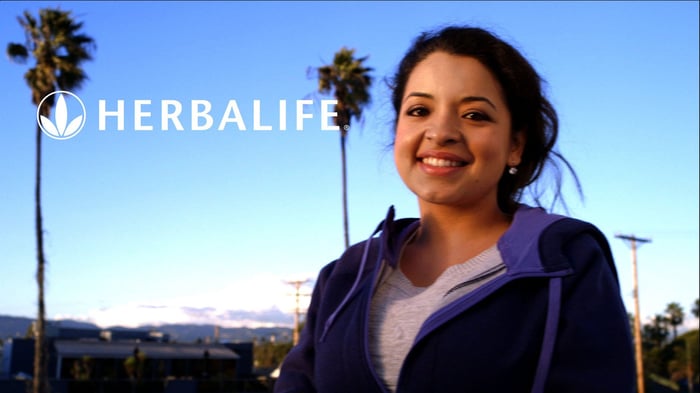 Things get dark for JinkoSolar

JinkoSolar stock fell 8% in the wake of the company's first-quarter financial results. The Chinese solar company said that solar shipments jumped by nearly 30% from year-ago levels, topping the 2-gigawatt mark. Revenue was also up by double-digit percentages, but adjusted net income was down sharply, falling more than 80%. CEO Kangping Chen said that falling selling prices of solar modules led to gross margin contraction, which in turn resulted in bottom-line weakness. Chen remained optimistic about JinkoSolar's prospects for the remainder of the year, but investors didn't seem as confident that the company would be able to improve margins and capitalize on building demand in China. With JinkoSolar having been involved in big projects in the Persian Gulf region, it's possible that diplomatic tensions in the area also weighed on the stock.

NewLink has a disconnect

Finally, shares of NewLink Genetics finished down 12%. The company said over the weekend that a phase 2 study of its breast cancer candidate treatment indoximod in combination with taxane chemotherapy failed to reach its intended endpoints. In particular, NewLink was trying to establish a statistically significant difference as to progression-free survival, overall survival, and objective response rate. Without achieving those goals, investors aren't certain what the next step forward is for NewLink. Still, with other studies having shown more encouraging results, NewLink might still end up being a potential takeover target from larger players in the biotech space.