Please ensure Javascript is enabled for purposes of website accessibility
Log In Help Join The Motley Fool
Free Article Join Over 1 Million Premium Members And Get More In-Depth Stock Guidance and Research
By Evan Niu, CFA - Jun 7, 2017 at 10:00AM

As Apple's (AAPL 3.62%) newest platform, you'd think the company would have spent more time talking about watchOS during the WWDC 2017 opening keynote. Beyond stage time, the forthcoming watchOS 4 is rather lacking in terms of new features, particularly any that would have broader appeal to mainstream consumers that are still questioning the categorical value proposition of smartwatches.

Is Apple already running out of ideas for Apple Watch? 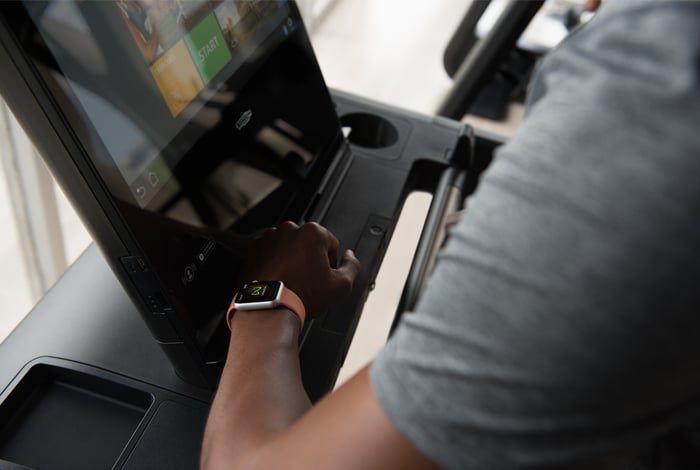 Doubling down on fitness

As far as what is coming, Apple introduced a couple of new watch faces, including a predictive one powered by Siri that looks to proactively provide (hopefully) relevant information. Someone also thought it'd be a great idea to make it unreasonably difficult to read the time, so Apple is adding a kaleidoscope watch face that makes the current time look like an optical illusion. There are also some new Toy Story watch faces, adding to the lineup of character-based watch faces. 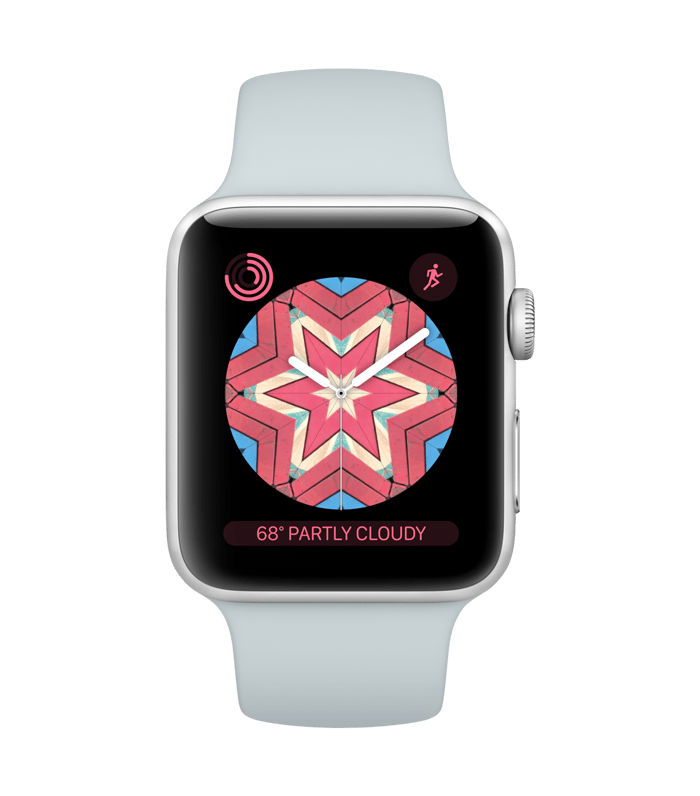 Whose idea was this? Image source: Apple.

The new P2P Apple Pay service will be supported, Siri intelligence will permeate other functions, and the Music app is being redesigned.

watchOS 4 introduces a new software development kit (SDK) called GymKit that will allow Apple Watch to interface directly with gym equipment, forming a two-way communication link between the equipment and the wearable via NFC that can improve the accuracy of measurements and other types of data. Apple already garnered support from the largest manufacturers of gym equipment, like Life Fitness, Star Trac, and StairMaster, among others. This is easily the most meaningful new functionality, although its appeal will be limited to fitness-oriented users, and there will be a lag time before such equipment actually makes its way into your neighborhood gym, considering long replacement cycles in that industry (most equipment lasts seven to 12 years).

But therein lies the rub: The most important new function is still a niche use case.

This hurdle goes beyond Apple

While just about everyone wants to be healthier, and Apple Watch can be a vital tool in pursuing that goal, the reality is that most of us simply don't prioritize fitness. Less than 3% of Americans live what's considered a "healthy lifestyle," according to a study published last year in Mayo Clinic Proceedings. The vast majority of people in the U.S. probably don't consider fitness-related functions to be critical factors for purchasing decisions.

The point is that smartwatches as a whole still lack a core function that appeals to everyone in the same way that other categories enjoy. It's not just Apple that's running into hurdles (pun intended); it's all smartwatch manufacturers, current and prospective. Just about everyone surfs the internet, listens to music, watches streaming video, takes photos, records videos, or communicates with friends and family -- all mainstream use cases that mobile devices perform extremely well.

Simply telling the time isn't enough, since you don't need a smartwatch to do that. To be clear, this is a tough nut to crack. Despite the smartwatch market's youth, we're already seeing companies bailing since the challenge is so profound. Until someone, Apple or otherwise, comes up with a true killer feature that appeals to the mainstream, smartwatch adoption will be limited.