Your local multiplex offering automatic recliners and reserved seating may be the beginning of the end for IMAX dominance.

Shares of IMAX (IMAX 3.47%) opened lower on Wednesday after a Wall Street pro soured on the provider of premium multiplex experiences. IMAX stock is now trading 30% off of its 52-week high, and 44% off of its all-time high set two summers ago.

Mike Hickey at Benchmark is downgrading shares of IMAX from buy to hold, seeing a couple of trends working against the multiplex enhancer. He feels that weak ticket sales for exhibitors in general will result in this being the fifth straight quarter of declining global per-screen averages. One can always argue that this is just the wake created after a monster 2015 ignited by Jurassic World during the summer and Star Wars: The Force Awakens during the holidays. No movie has come even close to matching the domestic box-office success of either of those two releases. However, Hickey also feels there's another trend working against IMAX in particular as movie theater chains turn to new, non-IMAX ways to pump out premium viewing experiences. 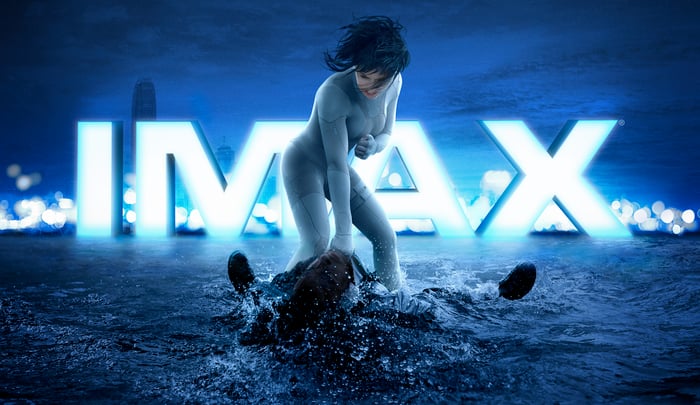 I recently checked out a premium non-IMAX offering at my local AMC theater. One of the 24 screens was redone as Dolby Cinemas by AMC. Dolby Labs (DLB 1.92%) is a name that's no stranger to audiophiles and discerning moviegoers, and making a bigger push for high-end screenings makes sense. Just two weeks ago, Dolby Labs signed a deal with France's biggest multiplex operator, initially calling for seven locations in France and another three in the Netherlands.

However, the big selling point at my local AMC isn't the Dolby sound. The theater was gutted of most of its seats, replaced by much larger leather recliners. If the complaint of people choosing to stay home and wait for a movie to hit the home release market several months later is that they can be more comfortable in their living room, these automatic recliners is a savvy response. Another selling point is that individual seats are reserved ahead of time, so there's no longer the mad rush to arrive early enough to grab a good seat.

It's not a perfect experience. It's hard to get through an aisle when a seat is reclined. From a business standpoint, there are a lot fewer seats in the theater than there were before the makeover. It's still enough of a differentiated experience to work, and one that will naturally eat into IMAX's dominance as the premium experience creator.

Hickey at Benchmark specifically points to chains rolling out these premium recliner theaters as a problem for IMAX, one that makes the current rut perhaps more than just transitory. IMAX is already struggling. It has posted double-digit year-over-year declines in revenue in three of the past four quarters. You have to go all the way back to 2003 to find the last time that has happened, according to data from S&P Global Market Intelligence.

Wall Street sees revenue and earnings rebounding this quarter, and then we have the highly anticipated eighth installment of the Star Wars franchise waiting at the end of the year. Hickey is still lowering his expectations for the quarter and the entire year. IMAX became a market darling because it was growing faster than the industry, but now that's being called into question. Keep an eye on what national chains are doing in drumming up upscale experiences that rely more on reclining seats, in-theater dining, and reserved seating than IMAX projections. IMAX is going to have to earn its way back into investors' fancy.