Shares of the online travel specialist tumbled again last month as it reported a weak first quarter and warned on the current one.

TripAdvisor, Inc.'s (TRIP 4.88%) troubles continued last month as the leading travel recommendation site posted another disappointing earnings report and its CFO gave a warning later in the month. According to data from S&P Global Market Intelligence, the stock fell 14%. 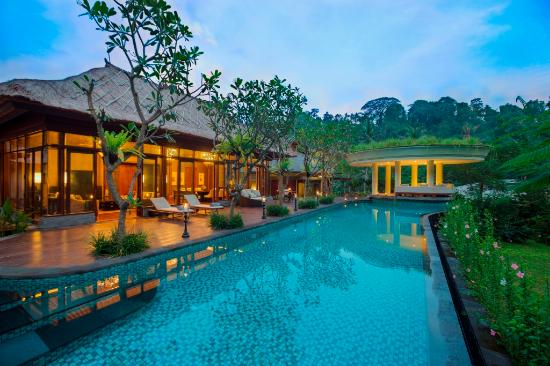 As the chart below shows, it was a gradual slide for the stock after it posted its quarterly results on May 9. 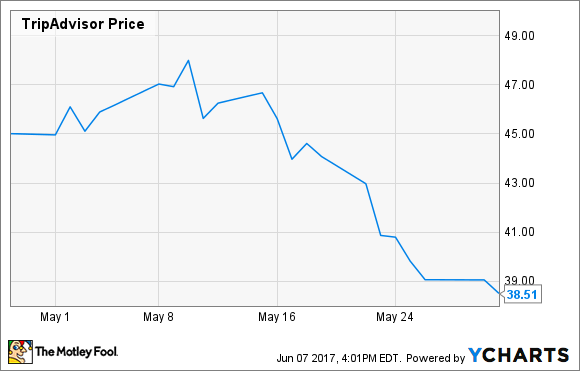 TripAdvisor stock actually gained briefly after the earnings report came out, finishing up 2% on May 10, despite weak results. Revenue in the quarter grew just 6% to $372 million, showing that the company's attempted transition to travel bookings is moving slower than expected, and adjusted earnings per share fell from $0.33 to $0.24.

Both numbers missed the mark as analysts had expected revenue of $378.7 million and earnings per share of $0.28.

Nonetheless, CEO Steve Kaufer said, "2017 was off to a productive start," and noted that revenue growth accelerated from previous quarters, which seemed to be the reason the stock rose briefly. Still, with profits continuing to tumble, it seems like the subsequent slide in the stock was deserved as TripAdvisor is still priced like a growth stock even though profits are falling and revenue is barely increasing.

Later in the month, the stock slipped nearly 5% in a single session after CFO Ernst Teunissen said there could be a deceleration in click-based and transaction revenue, which makes up the majority of the company's revenue. He projected it would fall to mid- to high-single digits in the current period after coming in at 12% in the first quarter.

Management did not issue guidance in the press release, but called for double-digit revenue growth for the year on the earnings call. However, Teunissen's warning later in the month seems to cast doubt on that.

Analysts still expect 10.5% revenue growth for the year, but it's starting to look like the stock won't return to its former glory. Shares are now down two-thirds from its peak in 2014, and quarterly revenue was once consistently better than 20%. Now, it's been in the single digits for more than a year and has even been negative for some quarters.

With that track record and management's seeming misread of the market, I wouldn't expect the stock to bounce back anytime soon.

Why TripAdvisor Soared High Above the Market Today
415%