Intel's upcoming chipset strangeness may be explained by the company's manufacturing plans and capabilities.

In August, Intel (INTC -0.09%) is expected to release the first of what appears to be two waves of its eighth-generation Core processors (code-named Coffee Lake) for the desktop market.

The first wave is expected to consist of four- and six-core processors targeted specifically at the enthusiast/gaming market -- a market that Intel has repeatedly said is growing at a double-digit percentage rate. 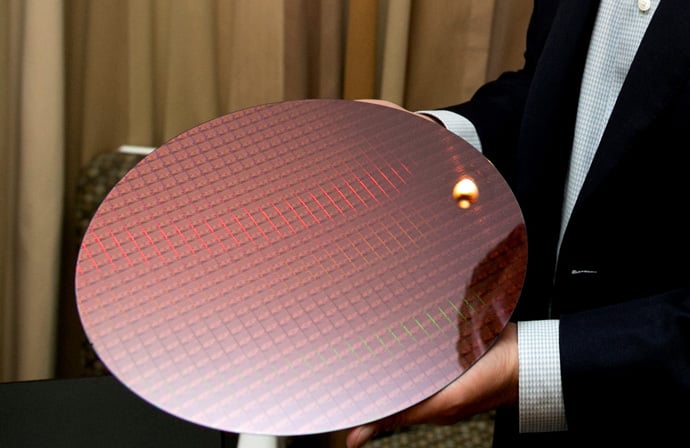 These Coffee Lake-S chips will work with motherboards that use a platform controller hub (PCH) chip branded Z370.

What's interesting is that after the initial wave of Z370-based motherboards come out, the company is reportedly planning to launch a second wave of PCH chips for the Coffee Lake-S platform coincident with the broader rollout of the processor family in the desktop personal computer market.

The Z370 chip, according to ASMedia president Lin Che-Wei (via DigiTimes), "will not natively support USB 3.1." This seems to corroborate the rumor that's been floating around that Z370 is basically a rebadged version of the Z270 with the "real" 300-series PCH chips (with additional features) coming in the first half of 2018.

Why is Intel planning to do this? Let's take a closer look.

The Coffee Lake pull-in
Intel had originally planned to launch the Coffee Lake desktop processors in the first quarter of next year, but it appears that competitive pressures in the enthusiast/gaming processor market are pushing Intel to try to refresh its offerings here as soon as practicable.

Transitioning from seventh-generation Core processors (Kaby Lake) to eighth-generation Core processors likely doesn't have a significant impact on the company's manufacturing plans. The Coffee Lake-S chips are expected to be manufactured in the company's 14nm++ technology, which is a derivative/enhancement of the 14nm+ technology that's already being used to build the Kaby Lake chips.

Switching over a relatively small portion of the company's overall processor volumes from 14nm+ parts to slightly larger 14nm++ parts shouldn't pose much of an issue from a capacity perspective (particularly as Intel usually keeps some capacity on a given manufacturing technology unused as "whitespace" to account for upsides in demand).

However, transitioning from manufacturing the Z270 chipset to the "true" 300-series PCH chips early would likely pose some issues.

I expect, then, that the "true" 300-series PCH chips will be manufactured in some flavor of the company's 14-nanometer technology.

So, if Intel had planned for its 22-nanometer factories to be busy building the bulk of the company's PCH chips through 2017, then it'd be hard to change course midway through the year for a couple of reasons:

To deal with this product pull-in, it therefore makes more sense for Intel to "rebadge" Z270 as Z370 to allow it to work in motherboard designs intended for the true 300-series PCH chips and then transition to those 300-series PCH chips when the Coffee Lake chips were originally planned to launch.