Intel's Core X-series of processors should roll out over the course of four months.

Just ahead of the Electronic Entertainment Expo trade show, Intel (INTC 1.17%) provided some additional details around the launch timing of its recently announced Core X-series of processors.

As you might recall, late last month Intel formally announced its Core X-series of processors aimed at high-end desktop personal computers. At the time of the announcement, the company said that chips with between four and 10 cores will be the first of the Core X processors that'll be available. 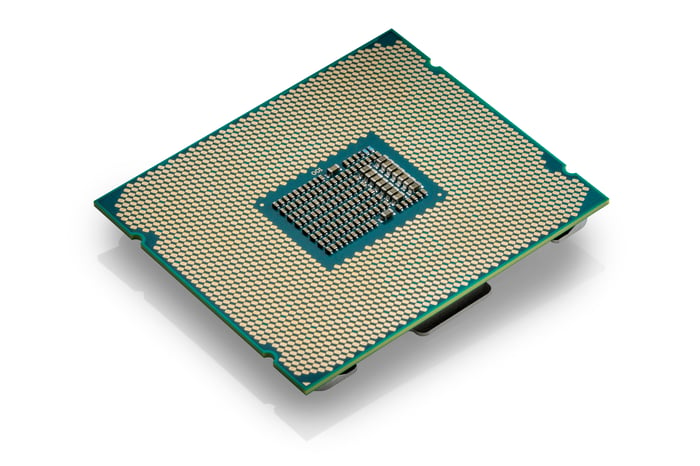 The parts with between 12 and 18 cores, Intel said at the time, would be "coming soon." Let's go over when we should expect the different members of the Core X processor family to be available, and what the roll out schedule could mean for the company's high-end desktop processor business.

Up to 10 cores in June
Intel says that the Core X processors with four, six, eight, and 10 cores "will be available for pre-order beginning on June 19 and will start shipping to consumers the following week."

These parts range in price from $242 for the four core/four thread Core i5 7640X, to $999 for the 10 core/20 thread Core i9-7900X. I expect that the overwhelming majority of Intel's Core X-series processor sales will be of these parts.

The rest of the lineup
Intel is also planning to launch Core X processors with 12, 14, 16, and 18 cores. These chips, which begin at $1199 for the 12-core model and scale all the way to $1999 for the 18-core model, are likely to sell in substantially lower volumes than the lower core count parts, simply due to price.

Not a lot of consumers -- or frankly, even prosumers -- spend that kind of money on computer processors.

However, while relatively few desktop computer buyers will pick these chips, there are enough potential customers to make it worthwhile for Intel to release them. Moreover, these processors should be quite lucrative for Intel -- I'd be stunned if they didn't command gross margin substantially above Intel's corporate average of around 62%.

All told, it'll take the company about four months to get the entire lineup out.

What this means for Intel
The good news is that the parts that will likely sell in meaningful quantities should be out soon. The higher-core count parts will come later, so obviously the impact to Intel's business from these processors will be later, as well.

However, as I said, I don't expect those parts to be particularly high-volume runners, and considering the sheer size (in both units and dollars) of Intel's personal computer processor business, I just can't see the impact of the roll out of these niche (but, again, profitable) chips being visible in the company's financial reporting.

And, to a small extent, Intel could benefit from individuals buying one of the lower core count processors initially, and then upgrading to a higher core count part later. Again, I don't expect such activity to have a meaningful impact on Intel's business, but the more revenue and profits that Intel can rake in, the better.