Despite a down market, these stocks gained ground. Find out why.

The stock market started the week poorly on Monday, and major benchmarks finished the day down from Friday's close. The Nasdaq Composite again took a relatively hard hit as several large tech companies saw significant declines, but losses in the broader market were fairly modest. Many investors are waiting for key upcoming news, including the Federal Reserve's monetary policy meeting next month, before making major commitments to positions. Yet some individual stocks managed to buck the malaise and climb higher today, and Under Armour (UA 2.49%) (UAA 2.95%), Avis Budget Group (CAR 3.49%), and Golden Entertainment (GDEN -2.48%) were among the best performers on the day. Below, we'll look more closely at these stocks to tell you why they did so well.

Under Armour stock climbed another 5% to 6% depending on which share class you follow, adding to strong performance on Friday. The beleaguered athletic apparel and footwear company has suffered significant declines recently as fears about rising competition and slowing growth have weighed on investor sentiment. Yet now that the high-flying tech sector has lost its upward momentum and is seeing declines, some now see Under Armour as being more attractive than its hard-hit shares would suggest. In the long run, many believe Under Armour still has plenty of potential to grow, and after a big drop in late 2016 and early 2017, value investors are starting to give the athletic specialist a closer look. 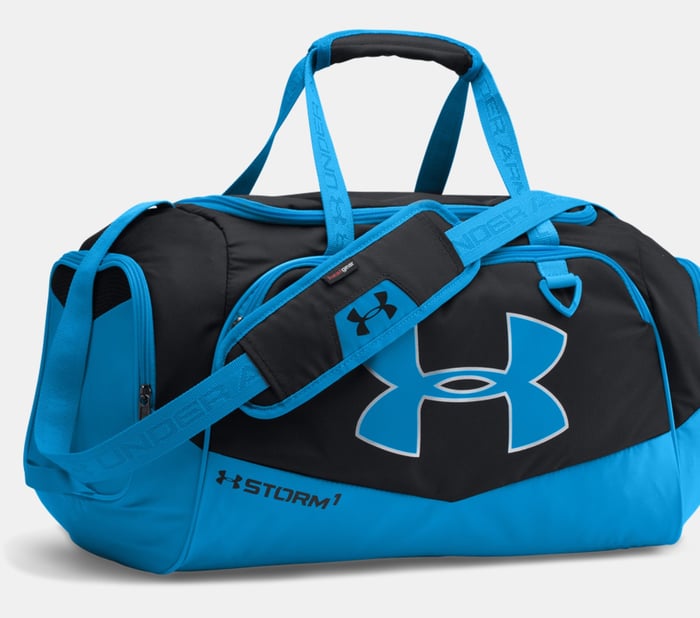 Shares of Avis Budget Group gained 3% after having been up as much as 9% earlier in the day. On Friday, the rental car company's Zipcar car-sharing subsidiary said that it had launched its service in the Taiwanese city of Taipei. The launch marked the brand's first presence in a major Asian city, and Zipcar believes that the Asia-Pacific region could benefit especially from having greater car-sharing service. Then earlier today, Avis Budget said that it had teamed up with technology campus specialist RocketSpace to help identify new potential market opportunities. As the transportation market has evolved and as Avis has faced some industry challenges, the potential benefits from embracing new ideas will grow. It should be encouraging to investors that Avis Budget is working toward finding long-term opportunities rather than simply concentrating on its core business.

Finally, Golden Entertainment stock soared 18%. The casino company stepped into the mergers and acquisitions arena Monday, announcing that it had agreed to acquire American Casino & Entertainment for $850 million. American is best known for its Stratosphere casino, hotel, and tower on the north end of the Las Vegas Strip, and under the deal, Golden will pay $781 million in cash and about 4 million shares of Golden stock to the private equity fund that currently owns American. Golden has already secured financing for the purchase, and CEO Blake Sartini argued that the move "is a transformational event for our company, creating a significant gaming portfolio centered around Nevada-based casinos." With the deal expected to close by the end of the year, Golden investors hope that the purchase will elevate the company into the stratosphere.