Here's how the chip designer's shares could come crashing back to earth in a hurry.

Advanced Micro Devices (AMD 3.73%) has made its investors very happy over the last year. Share prices jumped 170% higher in 52 weeks, accompanied by a return to revenue growth and stabilizing bottom-line losses.

But the stock remains extremely volatile and seems ready to plunge if you just look at it the wrong way. Here are three of the biggest threats to AMD's lofty share prices today. 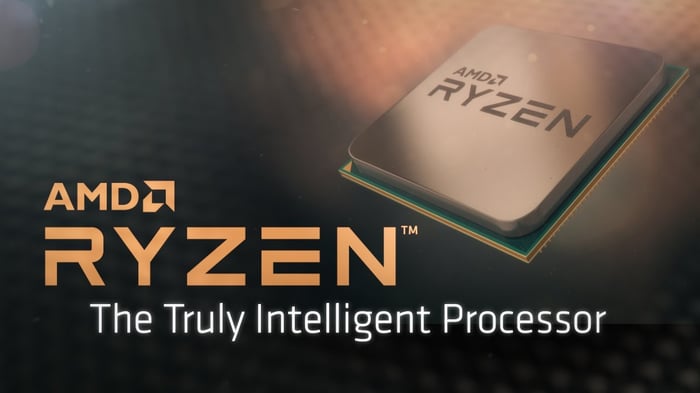 Some 14% of AMD's float was sold short at the last available count, and the volatility measure we know as the beta value sits at an astronomically high 3.1.

More than 7% of AMD's market cap changes hands in your average market day. For comparative purposes, archrival NVIDIA (NVDA 1.96%) is also widely seen as a volatile ticker, but only 2.2% of its shares are traded in an average day. For paragons of stability like Intel (INTC 1.11%), that ratio stops far short of 1%.

These factors combine to form a hyper-volatile stock that's ready to jump or crash at the slightest of news. AMD's management has certainly done some good things to earn today's valuation in the nosebleed seats, but the company can't rest on those laurels for long. To keep the train rolling, AMD's management must continue to execute with surgical precision in the middle of several intensely cutthroat markets.

That's not an easy feat, and any slip-up will be punished with plunging share prices.

AMD might stumble if the company spreads its limited resources too thin. It wouldn't be the first company to fall prey to the peanut butter effect (and far from the last).

To wit, AMD is battling NVIDIA in a never-ending race for the graphics processor market and Intel when it comes to desktop, laptop, and server CPUs. At the same time, the company hopes to leverage its embedded and semi-custom chips to make inroads in the Internet of Things and artificial intelligence.

Each one of these end markets could be worth betting the farm on, and AMD could end up winning in several of them. At the same time, AMD often burns more cash than it generates and its debt balance is already larger than its cash reserves. The company's credit ratings are of the "highly speculative" breed and AMD is nursing an Altman Z score of -5.8. That bankruptcy-risk measure is particularly damning; an Altman Z score as high as 1.8 indicates a 70% chance of bankruptcy, and lower figures point to weaker balance sheets.

In other words, AMD is hardly in a position to risk significant capital, manpower, and assets on any particular growth vector, let alone a bucketful of them. The company is constantly at the edge of a precipice from a purely financial point of view. 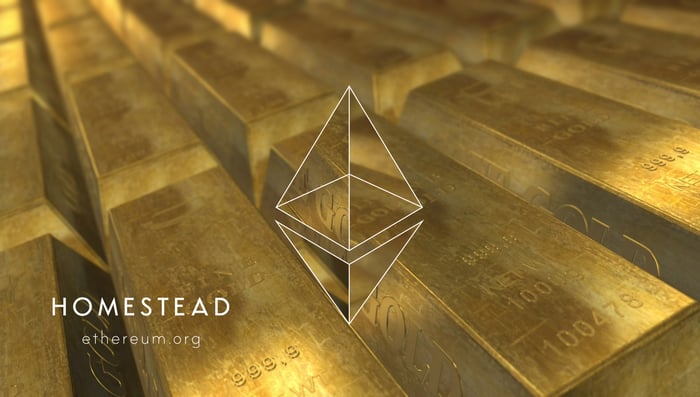 3. The latest growth idea is overrated

Lately, AMD and NVIDIA have made some noise about yet another potential growth driver. This one is nothing more than smoke and mirrors.

I'm talking about the exploding cryptocurrency market, which requires massive amounts of computing hardware to keep their financial and transactional platforms running. AMD and NVIDIA video cards are well-suited to this particular type of number-crunching (but hardly perfect -- hold that thought), so their video cards have been flying off the shelves to power cryptocurrency mining machines.

This has happened before, without adding any real value to NVIDIA or AMD shares. The last cryptocurrency surge was built around the Litecoin platform, and the bitcoin craze for graphics cards is fading into the mists of years past. This time, it's the Ethereum blockchain transaction service.

The earlier cryptocurrency platforms ultimately moved over to specialized application-specific integrated circuits, better known as ASIC chips. Ethereum was designed to use too much memory for a traditional ASIC approach, but hardware hackers will surely find a way around that limitation before long. Besides, the Ethereum platform is planning to move over to a completely different technology known as Proof of Stake, which will shake up the mining side of Ethereum drastically. When these things happen, Ethereum stops working as a sales driver for AMD and NVIDIA graphics chips.

Yet analysts are latching on to the Ethereum surge as a serious reason to own these stocks -- and AMD itself is fanning the flames. That's just short of dishonest marketing, and not at all a sustainable growth engine.

Smoke and mirrors, that's all. Whatever shareholder value the Ethereum craze has provided to AMD owners is likely to be short-lived.

AMD Loses a Buy Rating, Thanks to a Terrible PC Market
395%