Please ensure Javascript is enabled for purposes of website accessibility
Log In Help Join The Motley Fool
Free Article Join Over 1 Million Premium Members And Get More In-Depth Stock Guidance and Research
By Daniel B. Kline - Jun 14, 2017 at 6:27PM

The company has struggled mightily with its Applebee's brand.

The restaurant industry has suffered in general, but casual sit-down establishments have been punished by consumers the worst of all. This has been decidedly bad news for DineEquity (DIN 1.10%), the parent company of Applebee's and IHOP.

While sales at IHOP were down 1.7% compared to the first quarter of fiscal 2017, the big drop was at Applebee's. That brand, which has been struggling for a while now, saw same-store sales plunge by 7.9%. In addition, earnings per diluted share dropped to $0.79 from $1.37, year over year.

Those numbers continued recent trends, leading to investors sending shares of the stock down in May. After closing April at $56.54, shares dropped to $45.75 at the end of May, a 19% drop, according to data provided by S&P Global Market Intelligence. 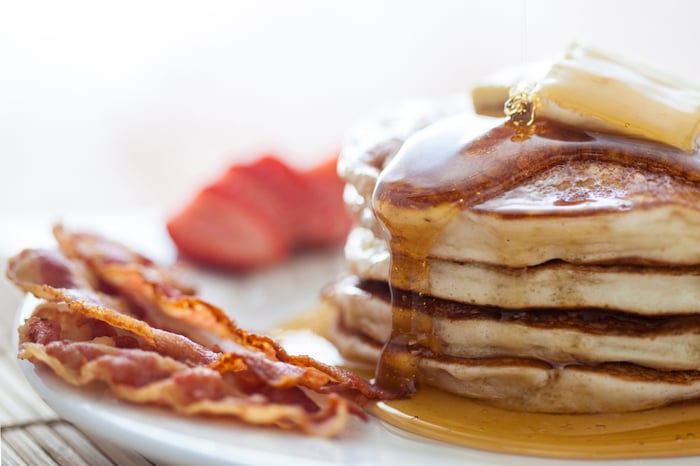 While IHOP's numbers are not all that troubling given overall industry trends, Applebee's has been in free fall. The interim CEO of DineEquity, Richard J. Dahl, addressed that in the company's Q1 earnings release:

The stabilization work on the Applebee's business is ongoing. We have made strategic changes to our organizational structure to start developing talent through more brand-specific expertise. We are also continuing to leverage and build stronger collaborative working relationships with franchisees. 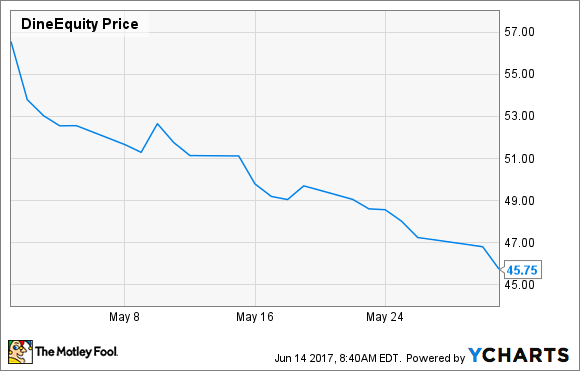 DineEquity has made a lot of moves with Applebee's, but there's no guarantee that anything it has done will work. The chain has a brand that has lost relevancy operating in a space which has seen lower traffic overall. That gives it the major challenge of raising sales from a smaller pool of available diners.

These aren't impossible challenges, but they are major ones. IHOP will probably be OK, but the same cannot be said of Applebee's, which needs more than a new slogan. A turnaround may happen, but it won't be quick, nor will it be cheap -- and that should be a drag on DineEquity for at least a few quarters moving forward.