Please ensure Javascript is enabled for purposes of website accessibility
Log In Help Join The Motley Fool
Free Article Join Over 1 Million Premium Members And Get More In-Depth Stock Guidance and Research
By Jeremy Bowman - Jun 15, 2017 at 11:08AM

The nutritional supplement provider jumped on a better-than-expected earnings report.

Shares of Herbalife Ltd. (HLF 0.41%) were moving higher last month after the nutritional supplement provider posted a strong first-quarter earnings report. According to data from S&P Global Market Intelligence, the stock finished up 13.5% for the month of May.

As the chart below shows, the gains came following the company's earnings release at the beginning of the month. 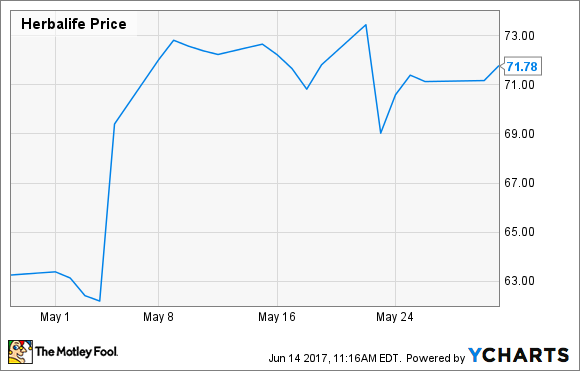 Shares of Herbalife gained 12% on May 5 as the multi-level marketer delivered quarterly results ahead of its own guidance. Volume sales grew 1% in the quarter though overall revenue fell 2% to $1.1 billion due to currency exchange. That still beat estimates of $1.04 billion.

On the bottom line, adjusted earnings per share fell from $1.35 a year ago to $1.24, but that also beat expectations at just $0.87. The report was closely watched as it was the company's first quarter since the Federal Trade Commission mandated changes in its business model after Herbalife paid a $200 million fine last year to settle allegations of being a pyramid scheme. 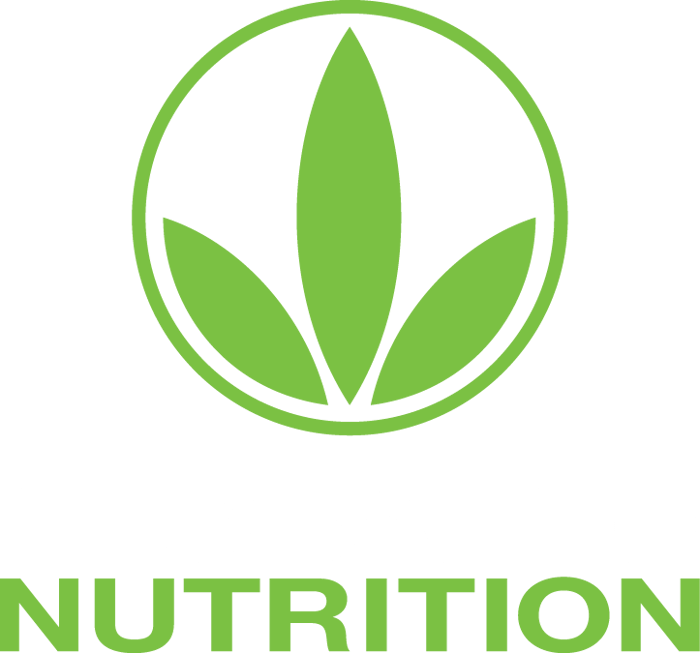 CEO Michael Johnson said the quarter marked a "solid start to 2017" and touted the strength of the company's direct-selling model.

Herbalife also raised its guidance in the quarter as it's now calling for adjusted EPS of $4.05 to $4.45, up from a previous range of $3.65 to $4.05. Much of that was due to an adjustment in currency headwinds, however.

In June, Herbalife ran into some problems as the company issued a sales warning, saying that the second quarter would be challenging as its distributors adjusted to new requirements. However, the company increased its full-year adjusted EPS guidance to $4.10-$4.50. The stock fell 7% on the news, but has since recovered some of those losses.

While Herballife, which is a popular short, will remain a controversial stock, its business looks solid for now. I'd expect the stock to lose some of the volatility that investors are used to.