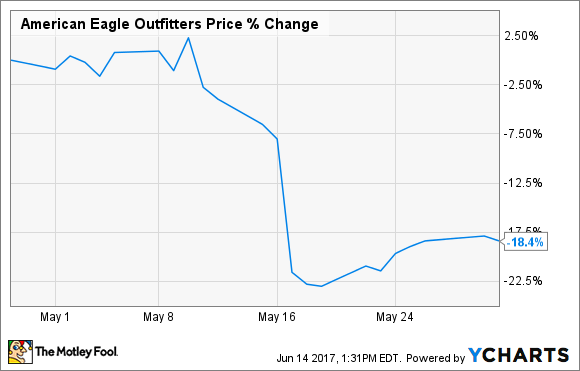 American Eagle's May swoon began on May 10, when The Wall Street Journal reported (subscription required) that it was in talks to acquire rival apparel retailer Abercrombie & Fitch (NYSE:ANF). American Eagle is believed to be working with private equity firm Cerberus Capital Management on a joint bid for Abercrombie. Yet judging by the stock's reaction to the news, investors don't like the idea of one struggling retailer further leveraging its balance sheet to buy another struggling retailer. 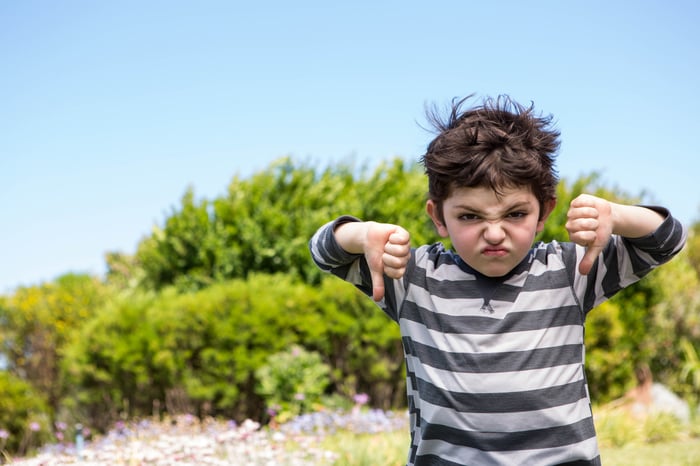 Worse still, the decline in American Eagle Outfitters' stock price accelerated in response to its disappointing first-quarter results. The company reported tepid sales growth of just 1.7%, and its adjusted earnings per share declined to $0.16 from $0.22 in the prior-year quarter.

American Eagle's stock price is currently trading right around where it ended June, yet further declines are certainly possible, particularly if the company does move to acquire Abercrombie & Fitch.

While a merger of these two businesses would allow management to cut costs, such a deal would also bring a multitude of challenges. American Eagle Outfitters would be acquiring about 900 Abercrombie & Fitch stores, many of which are located in malls that are suffering traffic declines as consumers increasingly shift their shopping to online channels. Purchasing those stores -- and even worse, the approximately $3 billion in operating leases attached to them -- at a premium just doesn't make a whole lot of sense.

In the end, American Eagle Outfitters' investors should hope that it decides against acquiring Abercrombie & Fitch, and focuses its efforts on improving its own operations.