Apple's (NASDAQ:AAPL) iPad business has been on a downswing for a long time now and we're not talking about modest declines, either. In the company's fiscal year 2013, a little over 71 million iPads were shipped for nearly $32 billion in revenue. By fiscal year 2016, those figures had plunged to 45.59 million and $20.63 billion -- performance that's nothing short of disastrous. 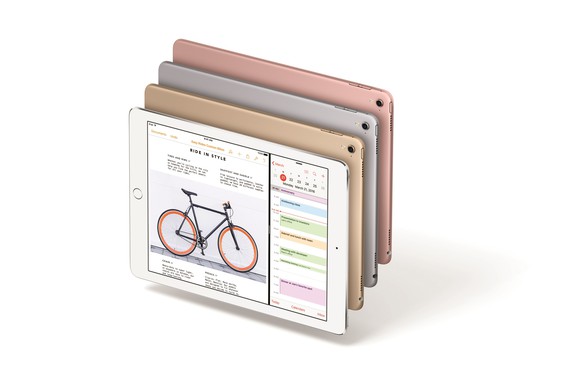 Even during this downturn, though, CEO Tim Cook continued to indicate that he was bullish on the iPad over the long term. And based on what Apple just announced vis-a-vis iPad at its Worldwide Developers Conference (WWDC) earlier this month, it's clear that Cook and his team haven't given up on iPad -- not by a long shot.

Apple is doubling down, not phoning it in

Given that unit shipments and revenue have been in free fall, it might seem obvious to some that Apple should cut back its investments in the iPad. After all, if customers don't appear to be interested in iPads, then why spend valuable product development and marketing resources on the product category?

Apple could very easily have decided to shift resources away from the iPad toward other business segments that appear more promising (the most obvious example of this is iPhone). However, every indicator suggests that Apple not only hasn't scaled back its efforts in the iPad, but it's investing more in it.

Take, for example, the fact that the number of iPad-specific Apple technologies appear to be piling up. In the past, investors could count on virtually all of Apple's innovation to happen on the iPhone and then those innovations would later make their way to the iPad.

We're seeing that change, though. The iPhone surely remains Apple's crown jewel product line (for obvious reasons: It brings in way more revenue and profit in a year than any other of Apple's businesses), but the iPad is starting to get exclusive technologies to make it more than just a "big iPhone."

At this year's WWDC, Apple showed off many iPad-specific features in the next version of its iOS mobile operating system. It also released new iPad Pro models with some compelling iPad-exclusive first technologies like the A10X chip (this is likely Apple's first chip manufactured in Taiwan Semiconductor Manufacturing Company's (NYSE:TSM) brand-new 10-nanometer technology) and its ProMotion display technology.

Other examples of (currently) iPad-exclusive technologies are the company's Apple Pencil as well as True Tone display, though I do expect those technologies to make their way into the iPhone at some point in the next couple of years.

The point, however, is that Apple's strategy isn't to just give up on the iPad -- instead, it's doubling down to make it a compelling device that doesn't merely exist in the shadow of the company's wildly successful iPhone product line. Each form factor (large-screen tablet and phone) have their unique advantages and disadvantages, and if Apple does its job right, potential customers will see value in owning both iPhones and iPads.

Making the investments necessary to build differentiated technologies for the iPad rather than simply taking the easy way out and essentially sticking an iPhone's guts into a larger casing with a bigger screen is hardly trivial. But if there's any chance that the iPad can become a growth business out in time, Apple is positioning itself well to capitalize on the opportunity.