Shares of Novadaq Technologies (NASDAQ: NVDQ), a company focused on imaging products used during surgery, nearly doubled in early morning trading on Monday after the company announced that it has agreed to be acquired by Stryker (NYSE:SYK).

Novadaq has agreed to sell itself to Stryker for $701 million in cash, or $11.75 per share. That represents a 96% premium over Novadaq's closing price on Friday. 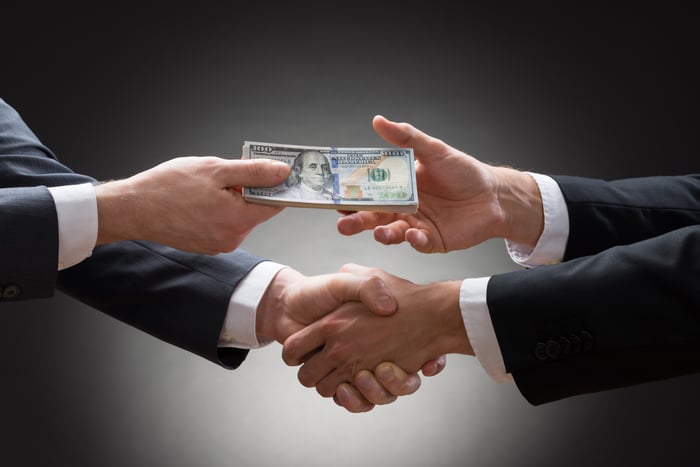 Novadaq's CEO Rick Mangat offered up the following commentary on this deal:

"I am proud of the impact our SPY and PINPOINT technology has made throughout the world in breast reconstruction and colorectal surgery, as well as other minimally invasive applications, and look forward to the additional progress we can make as part of Stryker's organization."

The transaction is expected to close in the third quarter.

Since Novadaq is still burning through capital each quarter this transaction is expected to be mildly dilutive to Stryker's earnings in 2017. However, the impact is projected to be so small that the company is still maintaining its full year guidance range of $6.35 to $6.45 in adjusted earnings per share. Meanwhile, the takeover is expected to be neutral in 2018 and is expected to be accretive thereafter.

Overall, this deal looks like a good deal for both parties. Novadaq's investors get to earn a healthy premium on their shares while Stryker will get its hands on the company's fast-growing fluorescence imaging products.

With Novadaq's stock currently trading within a few pennies of its buyout price, it is probably a good idea for shareholders to sell now and put that money to work in other stocks that hold long-term upside potential.