The market gave up ground on Tuesday, taking major benchmarks off their all-time highs from the previous day. Many market participants looked nervously at the energy markets, where more news of high inventory levels sent crude oil prices falling below the $43.50-per-barrel mark. Investors also seem uncertain about whether the Federal Reserve's decision to raise interest rates earlier this month will prove to have been too quick in hindsight, and that prompted modest declines across the market.

However, some individual stocks still managed to score gains, and Sears Holdings (NASDAQ:SHLDQ), Vivint Solar (NYSE:VSLR), and Advanced Micro Devices (NASDAQ:AMD) were among the best performers on the day. Below, we'll look more closely at these stocks to tell you why they did so well.

The tug-of-war at Sears Holdings continues

Shares of Sears Holdings rose 7%, continuing the stock's string of erratic movements in both directions over the past couple of months. Sears has been going through a long process of consolidation and retrenchment, selling off valuable assets and trying to concentrate on what CEO Eddie Lampert and his executive team see as the core business for the ailing retailer. Yet operationally, Sears has struggled even more than the rest of the hard-hit retail industry, posting large operating losses when you remove the positive impact of profitable asset sales. With same-store sales plunging, cash reserves running out, and risk factors seeming to gain in prominence, Sears has become a speculative play rather than a long-term investment for most of those who are trading the stock. 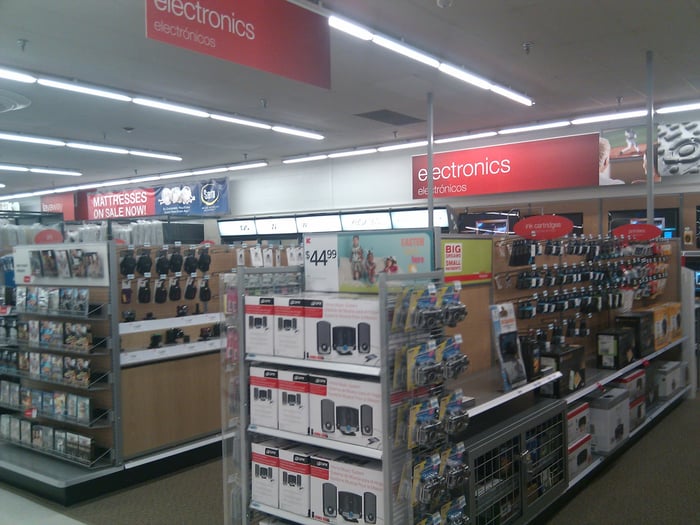 Vivint investors hope for a buyer

Vivint Solar stock jumped nearly 20% after the rooftop solar installation specialist received favorable comments from a Wall Street analyst. Professionals at Goldman Sachs had good things to say about Vivint, upgrading its stock from neutral to buy and boosting their price target on the stock from $3.50 per share to $6. Goldman believes that Vivint's core business is on the upswing, and they also believe that other players in the industry might be inclined to see Vivint as a potential acquisition target. Some industry watchers aren't so sure that today's move has staying power, but for now, Vivint is enjoying the rise to its best levels since early 2016.

Finally, shares of Advanced Micro Devices gained 6%. Those following the maker of graphics chips and other semiconductors have noticed that AMD's stock has been tracking the prices of bitcoin and other cryptocurrencies recently, in large part because AMD graphics chips have traditionally been among the technology that bitcoin miners use in their mining efforts. The recent surge in bitcoin prices has resulted in a shortage of high-end Polaris graphics cards, and traders are excited about the boost that AMD could get from the trend. Yet long-term investors are more concerned about the fact that any positive impact from cryptocurrency-related demand will be only temporary, and many are skeptical that this boost in AMD stock will be any more sustainable than it was during earlier rounds of excitement concerning bitcoin and its peers.