Social media stocks certainly get lots of attention these days. Facebook's (NASDAQ:FB) dominance in not just the social landscape but increasingly in the virtual and augmented reality worlds is certainly of interest for many tech investors. Snap's IPO earlier this year shed more light on the social media and messaging segment, and Twitter's woes have proved that just because a social media company goes completely mainstream, that doesn't mean it'll be a successful investment.

For investors looking for a social media play that's still getting started -- and has made more than 100% share price gains over the past three years -- there's the social meet-up company called The Meet Group (NASDAQ:MEET). 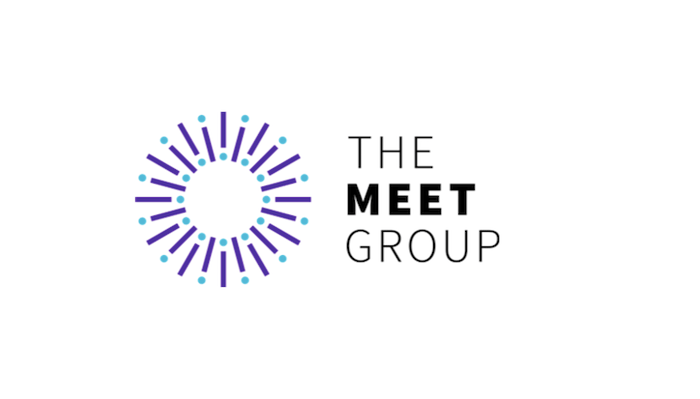 What Meet Group Does

The Meet Group has, for the most part, focused much of its attention lately on acquiring other social media companies for much of its growth. The company's most recent $60 million acquisition of the company if(we) -- which brought hi5 and Tagged into the fold -- has certainly helped. In Meet Group's first-quarter 2017 the company boosted mobile daily active users by 75% year over year to 2 million and total mobile active users now sit at more than 8 million, representing an 87% year-over-year increase. 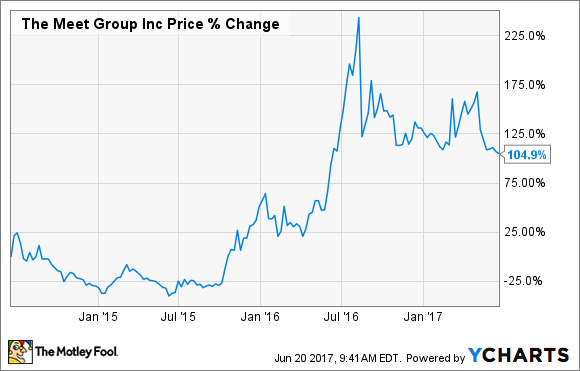 The company says it'll spend about 20% of its revenues this year on marketing (mainly to acquire new users) so we're likely to see more growth coming from the company, whether that's through acquisitions or from building out new services like its new live streaming video feature.

Early results for the feature already look positive, with the users spending an average of 40 minutes per day using the video broadcasting feature and viewers watching for about 23 minutes every day, Meet's CEO, Geoffrey Cook, said on the company's recent earnings call.

How it differs from other players

It's easy be skeptical of small social media companies like Meet because we naturally compare them to Goliaths like Facebook. But it's an unfair comparison. The Meet Group is focusing on users who are looking to meet or chat with new people. You can do those things on Facebook, Twitter, and other social apps, but it's not their primary use.

The closest publicly traded company that could be compared to The Meet Group would be The Match Group (NASDAQ:MTCH), the parent company of popular dating sites and apps including Tinder, Match.com, OKCupid, and others.

While Meet may not market its app for dating, there's certainly an overlap between a social meetup app and dating apps that puts these two companies in a competition of sorts. It's worth pointing out that Match's most popular app, Tinder, has at least 50 million active users, while Meet's combined total monthly active user base is just 10 million right now.

What investors can expect from Meet this year

In the first quarter of this year Meet brought in $20.1 million in total revenue, with mobile revenue jumping 61% year over year and totaling $18.8 million.

The company's management has forecasted revenue in the range of $30 million to $31.5 million for the second quarter and between $128 million to $133 million for the full year. Meet said it will be net income positive in the three remaining quarters of this year and "substantially" free cash flow positive as well.

But it's not all sunshine and rainbows for The Meet Group. The company needs to prove that it can grow organic users quarter after quarter. Meet also needs to continue the work being done on its new video product, which is still in its early stages and is largely unproven. And of course, there's no shortage of social media apps that could eat into the amount of time Meet's users spend on its apps.

Additionally, the company's share price took a hit after the most recent quarter, which has left the stock essentially flat over the past year, despite the multi-year surge shares have seen.