Trying to assign a word like "best" or "top" to department stores these days may seem like a (small-f) fool's errand. Investors appear to be waiting for the other shoe to drop on mid-tier chains like J.C. Penney, Macy's, and Sears Holdings as Amazon.com (NASDAQ:AMZN) steals away most of their customers.

Even at the high end, there's trouble, with Nordstrom considering going private and privately held Neiman-Marcus entering merger discussions with Canada's Hudson's Bay (a deal that reportedly fell through).

If you really want to find the top department stores, you've got to look at the discount end. Indeed, Macy's CFO has called off-price chains a bigger threat than e-commerce. For all of Amazon's vaunted retail prowess, which is considerable, it has been unable to appreciably beat the value consumers find at Burlington Stores (NYSE:BURL), TJX Companies (NYSE:TJX), and Wal-Mart (NYSE:WMT). 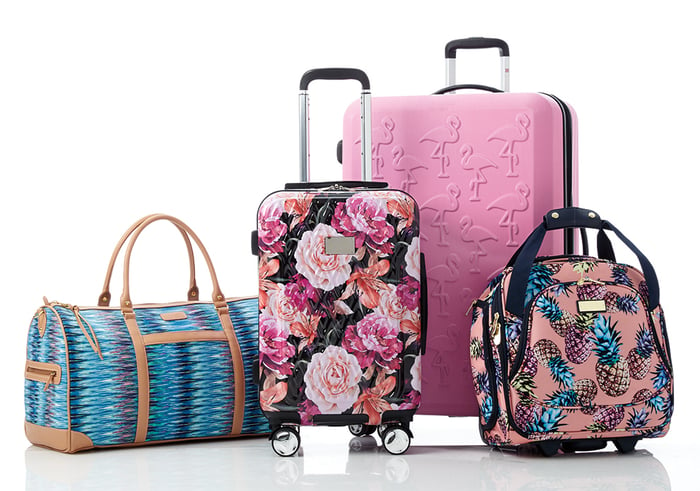 Despite a rare first-quarter miss, Burlington Stores remains on an upward swing. Sales were up 5% for the period, but that was mostly because of new stores opening; comparable sales growth was only 0.5% higher, below not only Wall Street's expectations, but management's as well, as it had been looking for a 1% to 2% increase.

Burlington admitted it had a rough March-April period, but it said May was strong, with comps running 4.5% higher. It's had a good run over the past few years, with full-year comps rising 4% or more in three of the last four years, a time when most retailers were seeing same-store sales fall. That led to rising gross margin rates, which have widened from 38.8% in 2012 to almost 41% last year. Even in the first quarter, gross margins expanded by 80 basis points. The company continues to see its earnings before interest, taxes, depreciation, and amortization grow, too.

Burlington's success comes from selling a broad selection of current brand-name apparel at everyday low prices. Maybe it's because of the internet and Amazon conditioning shoppers to only accept discounted prices, but Burlington has tapped into that mindset and made it a successful play. 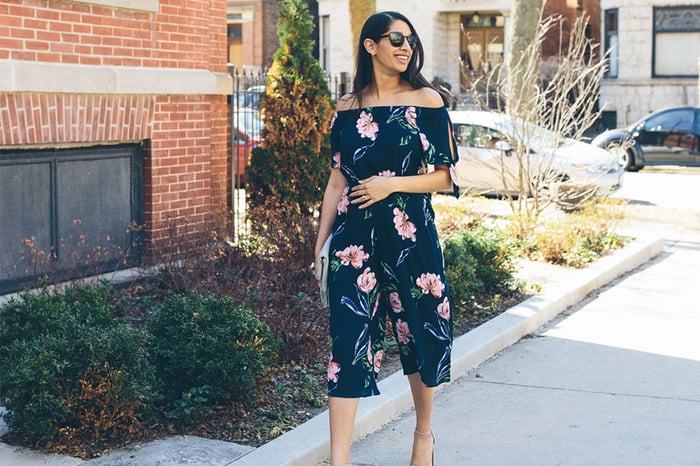 Similarly, the parent company of T.J. Maxx, Marshall's, and Home Goods has benefited from the consumer wanting top-brand clothes at a good price. While Burlington Stores stock has outperformed TJX Companies over the last 1-, 3-, and 5-year periods, TJX has come to epitomize the discount retail experience.

Like its rival, T.J. Maxx and Marshall's aren't selling closeout goods, but rather today's fashions. And it has a speedy inventory turnaround that makes it more like fast-fashion stars H&M and Zara, which take fashion trends from the runways and put them onto store racks in a matter of weeks. According to Morningstar, TJX turns over its inventory in under 59 days, compared with 84 days at Burlington and 134 days at J.C. Penney. And by also offering everyday low pricing on its merchandise that is some 20% to 60% below its mid-tier competition, the discount chain creates a treasure-hunt experience that draws in shoppers. 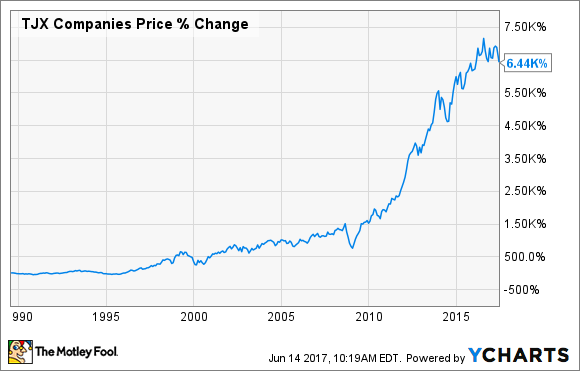 That's why, over the past two-and-a-half decades, TJX Companies stock has appreciated more than 6,400%. Sure, Amazon is stealing customers from Macy's and the others, but so is TJX, and it will likely continue doing so.

Increasingly, Wal-Mart has its feet in both camps. Obviously, its 11,700 brick-and-mortar stores around the world comprise the lion's share of its revenues -- $117.5 billion in just the first quarter alone -- but e-commerce is becoming an ever more critical component of the company's operations. U.S. e-commerce sales surged 63% in the fiscal 2018 first quarter, and with its acquisition of Jet.com last year, it's only going to grow even more, and faster. That move is also a wedge in blunting the impact Amazon will have on its business.

Recently Wal-Mart made the decision to carry more of its store brand merchandise on the e-commerce platform, a strategically important decision because it helps grow profit margins. It's also a competitive one since Jet.com just dropped Costco's private-label Kirkland brand, which is a blow to its rival because it was the third largest online seller of Kirkland products behind Amazon and Costco itself, accounting for 5.5% of the total.

But Wal-Mart knows how to do discounting very well, and it has recommitted itself to its everyday low pricing model. It's turning away from being promotional and looking to offer shoppers good value all the time. As a result, its CEO is asking its vendors for less ad funding and to focus instead on giving better off-invoice pricing.

Wal-Mart's stock has risen sharply from its 52-week lows, gaining more than 20% since hitting a low of $65 a stub back in February. Now its stock is up 13% for the year, and with better sales and a cohesive online strategy gaining traction, Wal-Mart is one of the top department-store stocks today.