Barnes & Noble (NYSE:BKS) released better-than-expected fiscal fourth-quarter 2017 results on Thursday, but that's not to say the bookseller's performance was great. The company remains unprofitable -- though its losses continued to narrow -- and comparable-store sales are still declining. But Barnes & Noble is gladly turning the page by looking at ways to spur its ongoing turnaround in the year ahead.

In the meantime, let's take a closer look at what Barnes & Noble accomplished in its latest quarter. 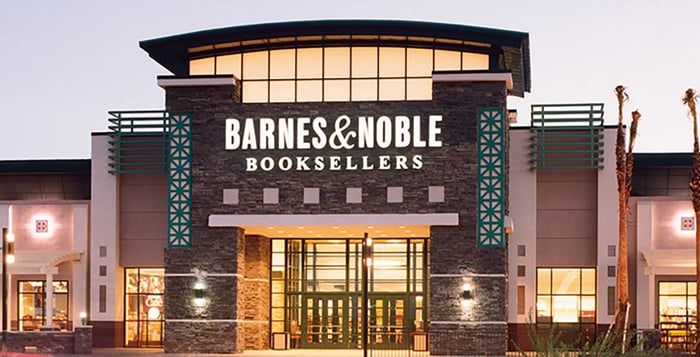 What happened with Barnes & Noble this quarter?

"While fiscal 2017 proved to be a challenging year for the company, we reduced costs by $137 million, enabling us to sustain our profitability level," stated Barnes & Noble CEO Demos Parneros. "In fiscal 2018, we are focusing on ways to improve the business and reignite sales through an aggressive test and learn process and companywide simplification process that will take out costs."

More specifically, during the subsequent conference call, Parneros elaborated that Barnes & Noble is exploring "every possible way to ignite sales," including various initiatives to increase conversions, change store layouts, enhance membership programs, and introduce creative marketing and promotional offers. All in all, in the coming year, Parneros added, Barnes & Noble is aiming to "maintain [its] current level of profitability while planting the seeds for future growth."

As such, Barnes & Noble told investors to expect comparable-bookstore sales to decline in the low-single-digit percent range in fiscal 2018, which should result in full-year consolidated EBITDA of roughly $180 million.

Barnes & Noble has plenty of hard work ahead as it continues to cut costs and inch back toward sustained, profitable growth. But this quarter appears to be at least a step in the right direction. Shares touched a fresh 52-week low on Wednesday, just ahead of this report, so it's no surprise to see that Barnes & Noble stock rebounded on Thursday.