But if we look beyond the top video game publishers, we can find some video game and gaming-related companies that still pay decent dividends. Let's check out three stocks which that bill -- NetEase (NTES -0.92%), GameStop (GME -1.98%), and Microsoft (MSFT -2.36%). 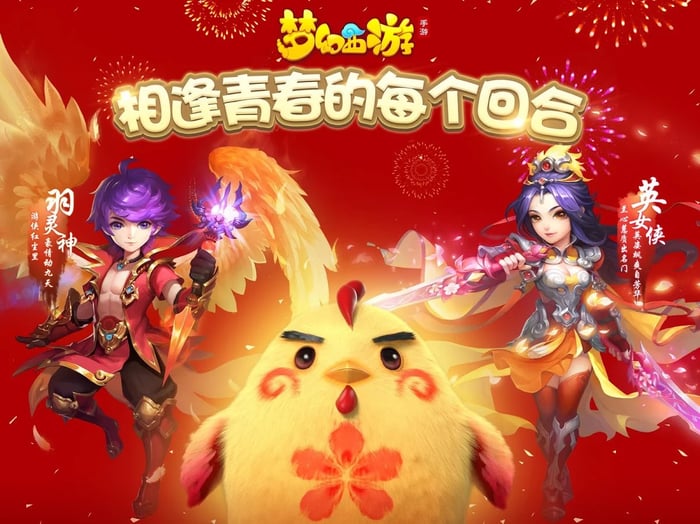 Revenue from NetEase's PC and mobile games rose 62% annually in 2016 and accounted for 73% of its top line. Throughout the year, it launched 40 new mobile games, which boosted its mobile library to over 100 games. Its top franchises -- like Fantasy Westward Journey and Tianxia -- are popular in China but aren't widely recognized in other countries.

Wall Street expects NetEase's revenue and earnings to respectively rise 40% and 22% this year, making it a much higher-growth play than its Western counterparts. The stock is also surprisingly cheap at 22 times earnings, which is well below the industry average of 37 for internet information providers.

NetEase pays a forward yield of 1.5%, and it's hiked that dividend every year after it started quarterly payments in 2014. That dividend will likely keep rising, since it's supported by a low payout ratio of 23%.

Shares of video game retailer GameStop dropped nearly 20% this year due to a seismic shift in brick-and-mortar retail and video game purchases. Over the past few years, digital distribution platforms (like Valve's Steam and EA's Origin) became a win-win situation for gamers and publishers. Gamers found it easier to download digital copies, and publishers expanded their margins by cutting retailers out of the loop and ditching disks, packaging, and manuals.

GameStop, which was already struggling with sluggish mall traffic, was left out in the cold. That's why its revenue and earnings respectively fell 8% and 3% last year. To offset that slowdown, GameStop diversified away from games into collectibles and mobile devices, started selling more digital games online, and even published its own games.

Robust sales of collectibles, along with strong demand for the Nintendo Switch, helped GameStop grow its revenue by 4% annually last quarter, marking its first quarter of annual sales growth following four straight quarters of declines. Analysts expect GameStop's sales to rise 1% this year, but its earnings are still expected to fall 12% due to the aforementioned headwinds.

However, GameStop trades at just 6 times earnings, compared to the industry average of 44 for specialty retailers. It pays a forward yield of 7.4%, and it's hiked that payout annually for five straight years. That hefty dividend is supported by a low payout ratio of 44%.

Microsoft generates most of its revenue from Windows and Office, but its Xbox One is still the second best-selling gaming console of the current generation. Microsoft has sold about 30 million Xbox Ones since its launch in late November 2013. Based on a retail price of $400, the console generated about $12 billion in revenues for Microsoft over the past three and a half years.

That accounts for just 4% of Microsoft's total revenue over the past three years, but the tech giant also publishes its own games, sells accessories, and connects the Xbox One ecosystem to the Windows 10 one via game streaming. New VR and mixed reality headsets could further blur the lines between the two platforms, enabling gamers to experience both Xbox One and PC titles in new virtual environments.

Microsoft is an indirect play on the gaming market, but its core business has also improved dramatically with bold new moves into the cloud and mobile markets. Microsoft currently pays a forward yield of 2.2%, and it's hiked that dividend annually for 13 straight years. Its payout ratio of 66% gives it plenty of room for future hikes. However, Microsoft isn't cheap at 31 times earnings, which is higher than the industry average of 30 for infrastructure software makers.

NetEase, GameStop, and Microsoft all offer better dividends than traditional game companies, but investors should be wary of the pitfalls. NetEase still faces tough competition from Chinese gaming heavyweights like Tencent. GameStop's turnaround could stall out. And Microsoft remains an underdog in the mobile and cloud markets. Investors should clearly understand those risks before buying any of these stocks as income investments.