Please ensure Javascript is enabled for purposes of website accessibility
Free Article Join Over 1 Million Premium Members And Get More In-Depth Stock Guidance and Research
By Rick Munarriz - Jun 23, 2017 at 10:11AM

The tech giant has seen its share of the headphone and on-demand music markets grow since 2014's deal, but it's still hard to justify the 10-figure purchase of Beats Electronics being Apple's biggest deal to date.

It's been nearly three years since Apple ( AAPL -0.32% ) made it official, turning heads by offering to buy Beats Electronics for $3 billion. It's a winning deal by most accounts. Beats by Dr. Dre remains the high-end headphone brand of choice. The then-fledgling Beats Music on-demand streaming platform has morphed into the highly successful Apple Music.

If the flagship product is faring even better under Apple's watch and a small digital appendage has blossomed into the second-largest premium music service, it may seem silly to argue why Apple's $3 billion was poorly spent here. This column faces an uphill battle. However, relax, pump up the volume, and bear with me until the final chorus of this piece to explain why this deal is perplexing despite its seemingly successful nature. 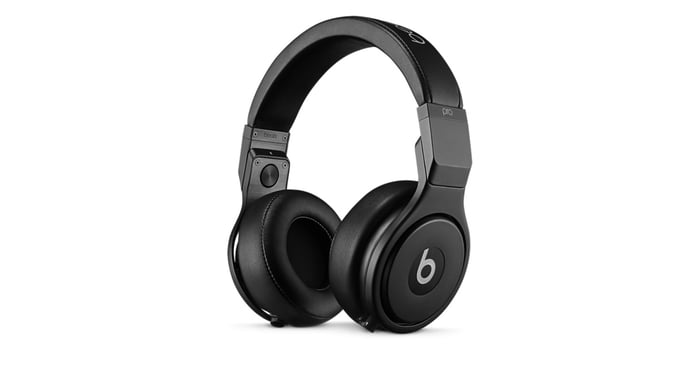 The Beats deal wasn't a winner initially. The stock gave up more than $2 billion in market value the day after rumors surfaced of the potential purchase. It seemed like paying what was initially reported as $3.2 billion would be too much, especially since Beats had sold a 50% stake less than a year earlier for just $500 million.

Would tethering itself to one headphone brand discourage other third-party accessory makers from supporting Apple products? Buying Beats obviously didn't turn cascading iPod sales around. There was also Beats Music, a platform that launched with a splash in a celebrity-studded Super Bowl ad in early 2014, but one that record labels were telling Billboard was commanding a paying audience in the low six figures 100 days later.

Beats brought star power to Apple's musical pursuits. Dr. Dre and legendary producer Jimmy Iovine were at the helm of Beats, and Nine Inch Nails' Trent Reznor was lending a hand in Beats Music. The market may not have appreciated the combination at first whiff, but Beats Electronics has held up well. Apple took Beats Music's platform and licensing deals, dusting it off a year later as Apple Music, a platform that only trails the seemingly unstoppable Spotify in terms of premium subscribers.

Demand for Beats headphones has only intensified as the market itself has grown. Consumer tech tracker NPD had Beats with a 25% unit share and a whopping 46% dollar share of the country's headphone market during this past holiday shopping season. Apple's own AirPods that were introduced last year may be revolutionary within its niche, but it's hard to argue against the results of Apple's $3 billion purchase.

The reason why I can't believe that Apple spent $3 billion on Beats -- and it's why I pleaded that you bear with me until the final chorus -- is that it's shocking that this remains its most costly acquisition. Apple has acquired dozens of companies over the years, but even the transformative 1997 NeXT deal that brought Steve Jobs back to Apple didn't come close to this $3 billion deal for Beats.

Apple has a whopping $256.8 billion in cash and marketable securities on its books, money that's earning a pittance in interest, and largely hoarded away overseas. There's no reason why its biggest acquisition is just $3 billion. Apple has the means for needle-moving acquisition, but has stuck mostly to small tech pieces that it can incorporate into its existing product lines. I can't believe that Apple spent $3 billion on Beats Electronics because it hasn't spent even more on something else.