These stocks dropped on a quiet day on Wall Street. Find out why.

The stock market didn't make very many big moves on Friday, closing another week of extremely low volatility for major benchmarks. Investors are still generally optimistic about the future for most stocks, but they seem leery of making major commitments in their portfolios given key indexes like the Dow Jones Industrials and S&P 500 keep hitting all-time highs. Also causing some concern were poor performances from certain individual stocks, which suffered from bad news. In particular, BlackBerry (BB -2.62%), Sysco (SYY -0.53%), and bluebird bio (BLUE 0.30%) were among the worst performers on the day. Below, we'll look more closely at these stocks to tell you why they did so poorly.

Shares of BlackBerry finished the day down 11% after the pioneer of handheld mobile devices reported its fiscal first-quarter results. On the positive side, BlackBerry earned a small profit, which defied most investors' calls for a break-even quarter. Yet investors instead focused on the company's plunging revenue, which fell 43% from year-ago levels. That was even worse than most investors had expected, and the fact that software-related revenue was less than expected was of even greater concern to some. With investors looking to enterprise software as a way for BlackBerry to mount an eventual recovery, the top-line miss in that area raises questions about BlackBerry's overall strategy. Nevertheless, the company remains optimistic that it will earn a profit for the year, and a big stock buyback also showed confidence. 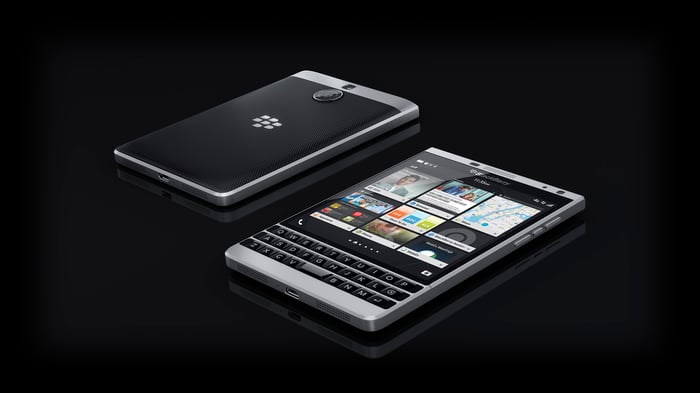 Sysco gets a downgrade

Sysco stock dropped more than 5% in the wake of a negative report from analysts at JPMorgan. The Wall Street financial giant released a report that speculated about future competition in the food service distribution industry, where Sysco is currently the leader. In particular, the report suggested that online retail giant Amazon.com (AMZN -8.43%) might be interested in entering the food services business more extensively, adding to its current delivery of prepared foods to restaurants. Amazon has traditionally done a good job of building on existing relationships, and the fear for Sysco is that Amazon could choose to add more complete food distribution services to its independent restaurant clients. With Amazon's recent foray into the grocery business, JPMorgan felt that the situation was risky enough to take Sysco off its focus list of stocks. If JPMorgan is right, that could weigh on the food services company going forward.

Bluebird has a fall

Finally, shares of Bluebird Bio fell more than 5%. The clinical-stage biotechnology company released data from a couple of studies of its LentiGlobin drug for treating inherited blood disorders. Interim data from one phase 3 trial showed encouraging results, with at least one patient no longer having to receive blood transfusions after just a month of treatment and reaching normal hemoglobin levels within half a year. Yet investors seemed to focus on the more negative aspects of the data, which included another patient who didn't show as great a response in relation to hemoglobin production as expected. With Bluebird stock having jumped so far already, anything short of flawless data could be a catalyst for future sales. Even after today's drop, Bluebird is still up more than 80% on the year.