Uber's Travis Kalanick agrees to hit the road, Boeing wins in Paris, and Tesla eyeballs what could become its largest market in the world.

The S&P 500 and Dow Jones Industrial Average managed to rebound late Friday to record meager gains for the week, as investors decided to grab some beaten-down energy shares. While the two indices barely squeaked out a weekly gain in unremarkable fashion, there were plenty of interesting developments in the markets last week. Here are a few highlights.

It's been a bumpy ride for Uber and its controversial former CEO, Travis Kalanick, over the past year. The man largely responsible for turning the ride-hailing company into a household name seemingly overnight has also been tied to a few controversial topics recently, including company allegations of sexual harassment, the use of illegal software, and the berating of an Uber driver on camera.

Unfortunately for the company's stability, Kalanick's departure, after feeling pressure from major investors, is only one of several this year. Head of business Emil Michael and President Jeff Jones, among others, have left the company recently. The New York Times reported late Tuesday night that five heavyweight Uber investors had sent a letter to Kalanick earlier that day, emphasizing that a leadership change was needed and demanding a resignation.

"I love Uber more than anything in the world, and at this difficult moment in my personal life, I have accepted the investors' request to step aside so that Uber can go back to building rather than be distracted with another fight," Kalanick said in a statement, according to Automotive News.

Uber is one of Silicon Valley's largest private companies contemplating going public, and the company can only hope that this latest move will help calm the waters. Former U.S. Attorney General Eric Holder has highlighted roughly 50 recommendations intended to help mend Uber's workplace culture and business practices -- we'll have to see if these changes at the top will help Uber better focus on implementing them. 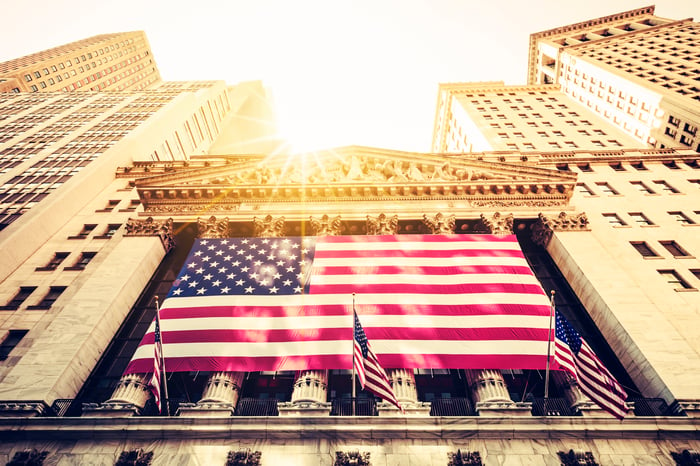 Every year the aviation industry turns its eyes to the Paris Air Show, where juggernaut manufacturers such as The Boeing Co. (BA -0.73%) and its rival Airbus compete for large orders and show off new products. After dueling with its chief rival, Boeing ended up winning 571 new orders and commitments for its aircraft, while Airbus won a fair shake of 326 net new orders. At list prices, which are almost assuredly going to be higher than the revenue recorded, Boeing inked about $75 billion in commitments, while Airbus notched about $39 billion.

Of Boeing's new orders, 147 came from consumers wanting the 737 MAX 10, which, according to Ihssane Mounir, vice president of sales and marketing in Boeing's commercial aircraft division, made a solid impression. "The MAX stole the show," Mounir told journalists, according to Reuters. "This is probably one of our busiest air shows."

Another story during the Paris Air Show was Boeing's wide-body 787, which had posted slower sales in recent years after its initial strong start. That made its deals to sell 38 Dreamliners to a couple of aircraft leasing companies, including AerCap (AER -1.65%), a bigger deal. It's important for Boeing to capitalize on demand for the Dreamliner, as it's posted three straight years of fewer orders than deliveries, and the backlog isn't giving any confidence that demand is there to ramp up production to 14 per month closer to the end of this decade.

One story that could end up being a huge deal for Tesla (TSLA 11.00%) seemed to fly under the radar this week. We know that Tesla has its hands full delivering the Model 3 and its goal of pushing electrification into the U.S. automotive mainstream. However, as the company has mentioned, China could easily end up being Tesla's largest market globally. That's partly because China faces serious pollution issues and has government support to push vehicle electrification as part of the solution. Now it's being reported that Tesla is close to an agreement with the city of Shanghai to make vehicles in China for the first time, according to Bloomberg.

As many automotive investors know, producing factories in China is critical to becoming price-competitive. Without a local factory, automakers are forced to pay a 25% import duty for vehicles sold in China, and according to The New York Times, a Model S ranges from $104,000 to $203,000 in China, compared with a range of $70,000 to $140,000 in the United States, before government incentives.

This will be an interesting development to watch, because China has also announced that it wouldn't issue any additional business licenses to make automobiles, and Tesla doesn't currently have a license. That doesn't shut the door on Tesla, but it does mean the company would have to form an alliance or joint venture with a company that does have one. However, it's unclear how willing Tesla is to partner up and transfer its wealth of information and technology to a Chinese partner -- something other automakers have dealt with for decades.