Please ensure Javascript is enabled for purposes of website accessibility
Log In Help Join The Motley Fool
Free Article Join Over 1 Million Premium Members And Get More In-Depth Stock Guidance and Research
By Daniel B. Kline - Updated Jun 26, 2017 at 9:36AM

Many people cite Netflix (NFLX -3.23%) as a reason people have dropped their traditional cable subscription, aka "cut the cord." That makes sense on the surface, since the streaming leader offers programming that can be substituted for regular television. What it does not offer, however, is network programming on a limited delay. Because of that, according to a new study from M Science, Netflix does not drive consumers to drop their cable subscription.

"What really stood out to us was that [cord-cutting] was most pronounced among Hulu subscribers," M Science Senior Media Analyst Corey Barrett told CNBC. "There's a misconception that Netflix is actively driving cord-cutting behavior."

Netflix customers actually drop cable at similar rates to the public at large, according to the study. That may not fit the widely cited narrative about the streaming company and cord-cutting, but when you look at what it and Hulu offer, the consumer behavior this study shows makes more sense. 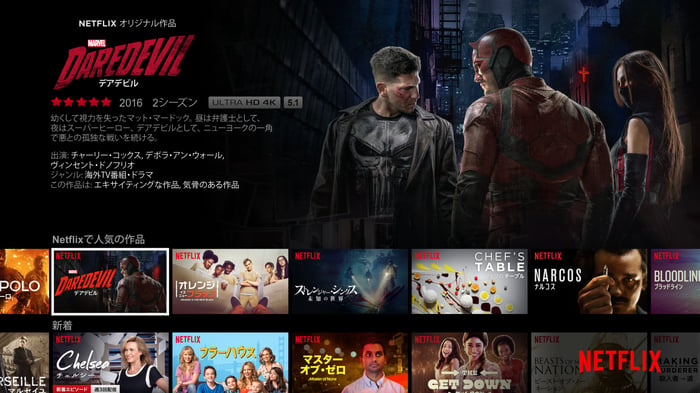 Some research suggests Netflix does not cause people to drop their cable subscription. Image source: Netflix.

How do Netflix and Hulu compare?

Netflix, which closed its most recent quarter with over 94 million paid subscribers, has a much larger customer base than privately held Hulu, which recently reported 47 million unique viewers. The difference between the two companies, however, is deeper than that.

Netflix offers original programming along with older movies and television shows well after they first premiered. Hulu, on the other hand, has original shows, but its core offering consists of network programming from NBC, ABC, and FOX, generally 24 hours after it first airs.

Hulu does not have every show that runs on those networks, but it has a lot of them. That makes the second-place streaming company a more direct replacement for cable. Netflix meanwhile is additive to a cable subscription.

Hulu, while it's not a one-for-one replacement for a traditional pay-television service, does offer a lot of what consumers would be giving up at a much lower price. That means that for the person who would happily cut the cord but can't imagine not watching This Is Us, Blindspot, The Simpsons, or many other shows near in time to when they air, Hulu can be the answer while Netflix does not meet the same need.

What does this mean for cable?

That's bad news for cable because the ways people can get current shows in close-to-real or even real time has increased. Hulu offers a cable-like selection for dramatically less money. (Hulu offers a no-commercials plan for $11.99 a month and a limited-commercials plan for $7.99 a month.) The same could be said of cable-like digital products like DISH Sling TV (starting at $20 a month), which has the advantage of also offering live television.

Hulu has caught on partly because Netflix taught people how streaming services work. That has not happened yet for the pure-digital live-TV space, but it's fair to say that it will and that a desire to pay less may lead to more people cutting the cord.

Cable used to be the only game in town and now it's not. That means if the industry wants to keep its pay-television subscriber base it's going to have to sacrifice pricing by offering skinny bundles or even a la carte options. That will lead to more people keeping cable, but paying (and getting) less.

Hulu has shown that to save money people will accept good-enough. That's something cable can't fight unless it finds ways to charge much less than it does now for packages that are better than what its streaming competitors offer.