The reinsurance business can generate excellent returns, and here are three ways to invest in it.

Reinsurance can be a highly profitable business for insurers that are smart about underwriting and investing. In fact, smart reinsurance underwriting is the primary reason Warren Buffett-led conglomerate Berkshire Hathaway (BRK.A -1.05%) (BRK.B -0.59%) has grown into a $415 billion operation with dozens of subsidiary companies. Here's a quick look at what the reinsurance business is, and three top reinsurance stocks you may want to consider for your portfolio. 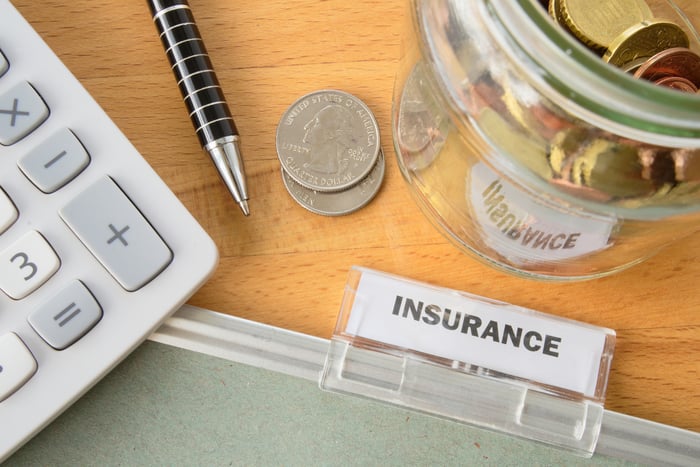 Reinsurance can cover all of an insurer's risk, such as covering all claims over a certain amount. Or reinsurers can insure against a specific risk factor -- like a hurricane.

My colleague Dan Caplinger recently wrote an excellent article about how reinsurance companies work, but here's the short version.

Insurance has been a cornerstone of Berkshire Hathaway's growth strategy for many years, and Buffett specifically referred to the insurance business as Berkshire's "most important sector" in his most recent letter to shareholders.

In 2016, the two companies combined for more than $1 billion in underwriting profit, and Berkshire has a fantastic record of investing its collected premiums. In fact, investing the float has been Berkshire's primary growth mechanism over the years. As Buffett said, the insurance business has been "the engine that has propelled our expansion since 1967."

To be clear, Berkshire isn't a pure play on the insurance industry. The company owns about 50 non-insurance subsidiaries, including Duracell, Fruit of the Loom, and more, as well as a massive stock portfolio. However, reinsurance remains a major component of the company, so Berkshire could be a smart way to get exposure to the business while adding other streams of revenue. In fact, Buffett has said that should the insurance industry experience a $250 billion loss from some catastrophe, Berkshire's non-insurance businesses would allow the company to remain profitable, and to benefit from the financial disarray many other insurers would experience.

Reinsurance Group of America (RGA -0.51%), also known as RGA, provides reinsurance solutions to the life- and health-insurance industries. The company has approximately $3 trillion of life reinsurance in force and total assets of $53.1 billion, and it's the third-largest life and health reinsurer in terms of revenue. RGA operates in 26 countries around the world and claims to be the only pure-play global life reinsurance company.

The company has done an excellent job of profitable, responsible growth and has increased its book value per share at an annualized 11.4% rate over the past 15 years. And management sees lots of opportunities from growth in the years ahead. Specifically, the life-insurance industry is facing shifting demographics and changing consumer needs, as well as low interest rates and regulatory uncertainty under the new administration. All of this translates into opportunity for life reinsurers, and RGA's brand recognition and strong market position should allow it to capitalize.

Unlike RGA, which focuses on life and health insurance, Everest Re (RE -1.16%) is one of the largest players in the property-casualty reinsurance business and has been one of the world's largest reinsurers for more than 40 years. About half of the company's reinsurance business is pro-rate (paying a fixed percentage of claims), and the other half is designed to cover excessive losses.

Over the past several years, Everest Re's growth has been particularly impressive. Gross written premiums have grown 41% over the past five years, and operating cash flow has grown by 91%. The company writes reinsurance all over the world (48% non-U.S. business) and has a broad assortment of product capabilities. It has excellent credit ratings and has one of the lowest debt-to-capital ratios in the business. Furthermore, its size gives it expense advantages over smaller peers.

Finally, Everest Re's management is very shareholder-friendly. The company's main priority is delivering double-digit returns to shareholders, which it aims to accomplish through smart underwriting and investments, and generous capital-return programs. In fact, Everest has repurchased 43% of its outstanding shares since 2006, which has returned $3.3 billion to shareholders.

The proof is in the performance. Since 1995, Everest Re has delivered an annualized return of 12.4% for shareholders, handily beating the S&P, and an excellent level of performance to sustain for more than two decades that included two of the worst stock market crashes in history.