Big news is on the way soon for AcelRx, Alnylam, Amgen, Dynavax, and Merck.

July brings fireworks and fun for many Americans. The month will also bring major catalysts for several biotechs. Those catalysts could provide a spark for the stocks and fun for investors -- or not.

Five drugmakers in particular await big news in the coming weeks: AcelRx Pharmaceuticals (ACRX), Alnylam Pharmaceuticals (ALNY -0.10%), Dynavax Technologies (DVAX 0.51%), GlaxoSmithKline (GSK -0.11%), and Puma Biotechnology (PBYI -4.07%). Here's what should be on the way for these companies. 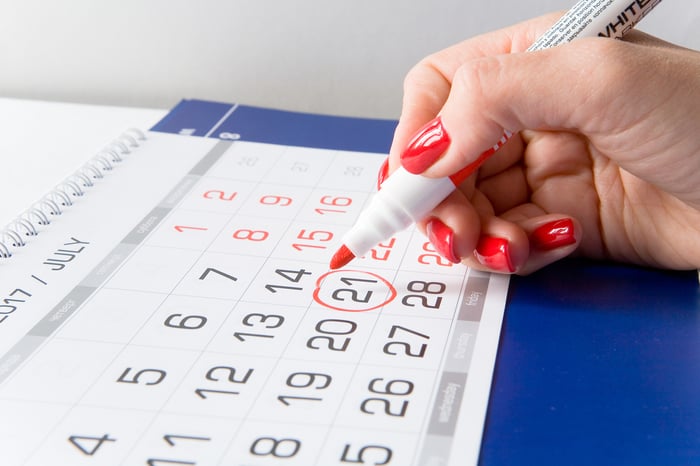 A second effort for AcelRx Pharmaceuticals

In 2014, AcelRx Pharmaceuticals was stunned by the U.S. Food and Drug Administration's negative decision on approval of Zalviso, a combination drug/device system that delivers sufentanil for treating acute pain. At the time, AcelRx thought it could address the FDA's concerns and resubmit Zalviso for approval by the end of the year. That didn't happen.

Instead, the company ended up having to conduct an additional clinical study. This late-stage study finally began in September 2016 and is scheduled to wrap up in July 2017. If the results from this study are positive, AcelRx hopes to resubmit Zalviso to the FDA later this year.

Plan B for Alnylam Pharmaceuticals

Alnylam Pharmaceuticals ran into a huge bump in the road last year when its independent committee monitoring a late-stage study of then-lead candidate revusiran recommended that development be discontinued. Luckily for Alnylam, it had a "plan B" waiting in the wings: another experimental drug for treating hereditary ATTR amyloidosis -- patisiran.

A late-stage study of patisiran being conducted by Alnylam and its partner, Sanofi, was well underway when the bad news came for revusiran. The two companies expect to complete final data collection for the primary outcome measure of this study in July. Results from this study should be enormously important for Alnylam, with analysts estimating the drug could generate peak annual sales of over $750 million if approved.

Third time could be the charm for Dynavax

Dynavax Technologies has tried twice to win FDA approval for hepatitis B vaccine Heplisav-B. The biotech failed both times. On the second rejection, though, the FDA didn't ask for an additional clinical study. Dynavax saw some reasons to remain optimistic. 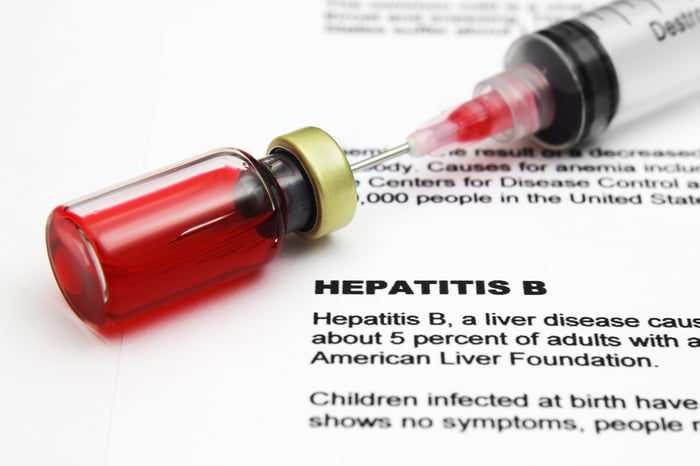 Whether that optimism pays off or not might be known soon after July 28. That's when the Vaccines and Related Biological Products Advisory Committee (VRBPAC) will review Heplisav-B. If this committee gives a thumbs-up, it will be a very good sign for Dynavax's chances for the third time being the charm when the FDA announces its approval decision on August 10.

GlaxoSmithKline hopes to get under the skin with Benlysta

Big drugmaker GlaxoSmithKline first won FDA approval for Benlysta in treating lupus back in 2011. The drug has been a solid moneymaker for the company, generating revenue of more than $300 million last year -- up 33% from 2015.

Puma Biotechnology ranks as one of the best-performing biotech stocks of 2017 so far. The stock's tremendous gains have come primarily from an FDA advisory committee's recommendation that Puma's breast cancer drug neratinib be approved. The committee voted 12-4 in favor of approval.

All that remains is for the FDA to make approval of neratinib official. The agency is scheduled to announce its decision by July 21. While the committee's vote in favor of approval of the drug isn't binding, it's definitely a good sign for Puma's chances.