The first is both the most important and the most overlooked.

If you were prescient enough to buy shares of Mercadolibre (MELI 2.74%), one of Latin America's premier e-commerce sites, you've enjoyed quite a ride. Between February of 2016 and last month, shares advanced an astounding 220%.

While that might lead you to believe you've "missed the bus" on this stock, I don't think that's the case. Instead of anchoring to its price from last year, you should be focused on the opportunities and strengths that lie ahead. 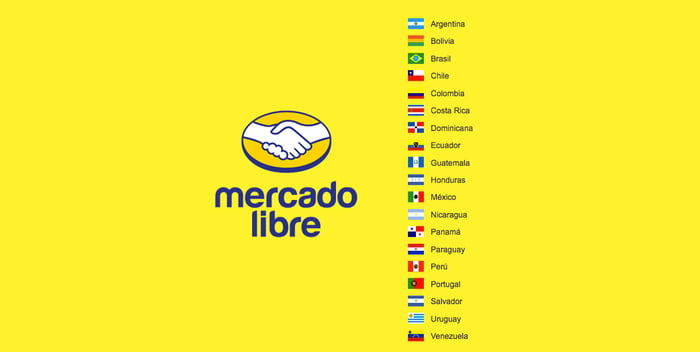 Indeed, Mercadolibre is one of my own "buy-to-hold-forever" stocks. Currently, it occupies over 4% of my real portfolio. Here are seven reasons why I not only don't see myself selling shares, but believe I'll continue adding them as time goes on.

1) A mission with a moat

It might seem like a soft variable to start with, but I always begin my research on a company by looking at its mission statement, and then checking to see how well it is following through on that mission.

Mercadolibre's mission, as recently outlined by its founder and CEO, is:

"[to] take the hassle completely out of commerce...[to] enable the entire world of buying and selling."

This mission has the three critical traits I look for:

We'll get to the third aspect in a second. First, I want to focus on the company's primary business: an online market place with fulfillment services. These offer two huge moats: the network effect, and high switching costs.

Because Mercadolibre is the go-to place to buy and sell things online in Latin America, it draws buyers to the platform. That, in turn, draws more sellers, which draws more buyers...and so on. It's a virtuous cycle.

Furthermore, because sellers can integrate both their payment and fulfillment (shipping, invoicing, etc.) services on Mercadolibre's platform, there are high switching costs. No one wants to go through the trouble of finding and learning a new interface to meet customer's needs. Once users are hooked in, they don't want to go through the headache of using a different platform.

2) Business momentum backs it up

But don't take my word that these are powerful moats. Just look at the company's results over the past five years.

3) A massive opportunity to continue growing

By focusing exclusively on Latin American countries, Mercadolibre has positioned itself in one of the most steadily growing economic regions of the world.

Growth of Latin America & The Caribbean
Create your own infographics

Of course, this geographic concentration comes with its drawbacks. Economic problems in Venezuela, combined with a political crisis in Brazil -- two of Mercadolibre's most important markets -- have caused growth to stall in the region over the past year. But these are the ebbs and flows that come with owning any company with such exposure.

4) Optionality is the key

When such an opportunity presents itself, having optionality is the key. In the simplest sense, this means that Mercadolibre -- in pursuing its mission of taking the hassle out of commerce -- can enter many lines of business.

I don't know what will be necessary to reduce the friction of commerce ten years from now. But given its history of optionality and evolution, I have faith that Mercadolibre's management is nimble enough to meet those needs.

5) Speaking of management, they've got their skin in the game

Mercadolibre is the brainchild of Marcos Galerpin, the company's founder and current CEO. I love investing in founder-led companies, as no one cares about the long-term reputation and value that a company creates more than its founder.

It also helps when management has its own skin in the game, in the form of stock ownership. When all management and directors at Mercadolibre are combined, they own over 4 million shares, representing over 9% of shares outstanding, and more than a billion dollars of wealth.

6) Employees are happy to be there

Another form of "skin in the game" comes from the culture that a company has. While we can't expect all of a company's employees to own copious amounts of company stock, we can evaluate how happy they are working for Mercadolibre.

Happier employees are more likely to be nimble and open to change. That's important for a company that's leading Latin America into the age of e-commerce. According to Glassdoor.com, the average employee gives Mercadolibre a rating of 4.2 (out of 5), with 82% saying they'd recommend working there to a friend, and Galerpin getting a 100% approval rating.

Finally, we need to acknowledge that every company will fall on tough times. Indeed, the current situations in Venezuela and Brazil have not been kind to Mercadolibre. And yet the company is in a healthy financial position.

Combine these seven characteristics, and you can see why I'm excited to keep holding -- and add to -- my shares of Mercadolibre.

The Amazon of Latin America: Is MercadoLibre Stock a Buy Now?
411%